The alleged ringleader and NBA veteran behind a multi-million-dollar health insurance fraud scheme to rip off the league’s benefit plan — also accused of intimidating a witness while on pretrial release — has pleaded guilty to conspiracy and theft charges, federal prosecutors announced Friday.

Terrence Williams, selected 11th overall in the 2009 NBA draft by then-New Jersey Nets, pleaded guilty to one count of conspiracy to commit health care and wire fraud and aggravated identity theft. The latter charge carries a mandatory minimum sentence of two years in prison. He’ll face a judge in January for sentencing.

Williams was one of 18 former players named in an indictment that included six-time NBA All-Defensive Team member Tony Allen, former Lakers Guard Shannon Brown and Ronald Glen “Big Baby” Davis, who played for the Boston Celtics, Orlando Magic and Los Angeles Clippers over the course of his career. Allen’s wife, Desiree Allen, is the only woman charged in the indictment.

The plea agreement announced by prosecutors includes a $2.5 million restitution payment to the NBA health plan and more than $650,000 to the government.

A judge remanded Williams in May after text messages allegedly sent from the 35-year-old to a witness violated his pretrial release. The witness was “talking way to[o] f[—]ing much,” and Williams told them to “shut the f[–]k up,” according to prosecutors.

More than a dozen former NBA players were charged in an alleged multi-million dollar health insurance fraud scheme to rip off the league’s benefit plan, with a former Nets player as the ringleader. NBC new York’s Jonathan Dienst reports.

According to the grand jury indictment, the defendants allegedly engaged in a widespread scheme from at least 2017 up to around 2020 to defraud the NBA Players’ Health and Welfare Benefit Plan by submitting fake reimbursement claims for medical and dental services that were never actually rendered.

In some cases, the players who submitted the alleged false claims weren’t even in the United States at the times they allegedly received the treatments. They allegedly filed fake invoices saying they had to pay for the phantom procedures out of pocket.

Those allegedly fraudulent claims totaled about $3.9 million, from which the defendants got about $2.5 million in fraudulent proceeds, the indictment alleges.

Williams allegedly orchestrated the years-long scheme and recruited other NBA health plan participants to assist by offering them fake invoices to support their claims. He allegedly received at least $230,000 in kickback payments from 10 other players in return for providing the alleged false documentation.

The 34-year-old Williams also allegedly helped three co-defendants — Davis, Charles Watson Jr. and Antoine Wright — obtain fake letters of medical necessity to justify some of the services on which the false invoices were based.

Williams also allegedly impersonated an individual who processed plan claims at one point in furtherance of his alleged scheme.

Among the false reimbursement claims described in the indictment is a $19,000 claim that Williams filed for chiropractic services he allegedly never had and for which he received $7,672.55 in reimbursement. Williams also allegedly obtained a template for a fake invoice designed to appear as if it had been issued by the office.

Fake chiropractic treatment invoices were allegedly also created for Davis, Watson Jr. and Wright and emailed to Williams. The template had the date, invoice number, services and a charge of $15,000 filled in but left the “bill to” box, where the name of the patient would ordinarily be found, blank, according to the indictment.

Williams is accused of emailing those fake invoices to the other defendants named in the indictment. He and defendant Alan Anderson, who briefly played for the Nets from 2013 to 2015, allegedly helped get fake letters of medical necessity for Davis, Watson Jr. and Wright in furtherance of the fraud scheme as well.

According to the court documents, several of the fake invoices and medical necessity forms stood out because, “they are not on letterhead, they contain unusual formatting, they have grammatical errors” and were sent on the same dates from different offices.

In another example, Manhattan U.S. Attorney Audrey Strauss said at a news conference, defendant Gregory Smith submitted paperwork for $48,000 worth of root canals and crowns on eight teeth at a Beverly Hills dental office in Dec. 2018 — when he was in fact playing basketball in Taiwan at that time. Others submitted false root canal paperwork as well, she added.

Strauss said each defendant made false claims for reimbursements that ranged from $65,000 to $420,000. Some of the players were told to repay the money they received from the NBA’s health plan once it was determined that the claims were false. Some did, while others didn’t, according to court documents.

Also named in the indictment: Brooklyn-born Sebastian Telfair, a former high school sensation who played for a half-dozen NBA teams including the Cleveland Cavaliers, Clippers, Celtics and Minnesota Timberwolves. Telfair’s finances qualified him for a court-appointed attorney at an appearance in Manhattan before a magistrate judge, who set bail at $250,000, although Telfair was freed on his signature alone.

His lawyer, Deborah Colson, declined comment. Telfair, in running clothing and green sneakers, did not respond to requests for comment outside the courtroom, where Colson had entered a not guilty plea on his behalf.

Davis was released on $75,000 bond, and is scheduled to appear in federal court in new York on Oct. 25. He requested permission to travel to Vancouver, Canada, later in the month to film a movie, which was opposed by prosecutors and pretrial services. The judge did not rule on the request.

Also mentioned was Darius Miles, drafted third overall by the Clippers in the 2000 NBA draft and was a first-team NBA All-Rookie player. Milt Palacio, one of those charged, was placed on administrative leave from his role as an assistant coach with the Portland Trail Blazers, the team said Thursday. The Blazers declined further comment “pending the outcome of the legal process.”

Prosecutors are seeking “any and all property, real or personal, that constitutes or is derived, directly or indirectly” from the alleged fraud in restitution. If any of that property can’t be acquired for whatever reason, the U.S. government says it will seek forfeiture of any other property of the defendants up to the same value.

“The benefit plans provided by the NBA and the National Basketball Players Association to our players are critically important to support their health and well-being throughout their playing careers and over the course of their lives, which makes these allegations particularly disheartening.  We will cooperate fully with the U.S. Attorney’s Office in this matter,” the league said in a statement.

The National Basketball Players Association said in a statement that they were “aware of the indictment of former NBA players announced earlier today” and that they will “continue to monitor the matter.”

These Are the 18 Former NBA Players Charged

These are the former players charged in the indictment:

Terrence Williams: Alleged orchestrator of the scheme. Drafted by New Jersey Nets 11th overall in 2009, played for Nets in 2009-2010 and had a triple-double for them against Bulls on April 9, 2010 (27 points/13 rebounds/10 assists). His career deflated after that and he mostly bounced around the NBA D league and overseas.

Anthony Allen: Goes by the name Tony, played for three teams in 15 NBA seasons (Celtics, Grizzlies, Pelicans) and was a first-round pick by Boston in 2004. He was a crucial part of the 2008 Celtics team that won the NBA title. His wife, Desiree, is the only woman named in the federal indictment that was unsealed on Thursday.

Shannon Brown: Former 1st round pick in 2006 by the Cleveland Cavaliers. He played with LeBron James in Cleveland and won two NBA titles with Kobe Bryant and the Los Angeles Lakers (2009, 2010) as a key role player. He played for the Knicks in 2014 and played for a total of eight NBA teams from 2006-2014.

William Bynum: Played for three NBA teams but spent most of his career with the Detroit Pistons from 2008-2014.

Melvin Ely: Former 2002 1st round pick who played for five NBA teams from 2002-2011 and was part of the San Antonio Spurs 2007 NBA title team even though he never played in playoffs.

Christopher Douglas-Roberts: Goes by alias “Supreme Bey,” was drafted by the then-New Jersey Nets in 2008 and traded to the Bucks in 2010 but his career fizzled.

Anthony Wroten: Goes by “Tony,” was a 2012 first-round pick who played sparingly from 2012-2016 for Memphis and Philadelphia

Milton Palacio: Goes by Milt, played for six NBA teams from 1999 to 2006. He once beat the then-New Jersey Nets on a buzzer beater in 2000 but otherwise was more of an end-of-bench player

Sebastian Telfair: One of the most highly touted high school prospects when he was coming up, the product from Brooklyn’s Coney Island played for nine NBA teams from 2004 to 2014

Darius Miles: Draft third overall by the Los Angeles Clippers in 2000, was traded to the Cleveland Cavaliers in 2002 where he was a teammate of then-rookie LeBron James. He has acted in several movies

Ruben Patterson: Played for six different NBA teams from 1998 to 2007, known for his defense on the court

Eddie Robinson: Played for the Charlotte Hornets and the Chicago Bulls from 1999 to 2004

Jamario Moon: Played for five NBA teams from 2007 to 2012, briefly hit highlight of career playing with Cleveland Cavaliers and LeBron James from 2009 to 2011

Predictions for the wellness chiropractic center model’s continued growing popularity There’s no better feeling than leaving the chiropractor after getting a spinal adjustment. Relieved from back pain and feeling ready to take on the day: What could be better? Well, what if your trip to the chiropractor provided you with more than just your typical…

Mill Creek, WA – Mill Creek Chiropractic offers drug-free car accident injury treatment to patients who have gone through minor or major auto accidents. The clinic begins by examining patients for hidden damages and treating them promptly to avoid further damage. If the injury is evident, they perform physical examinations, which may include tests and… 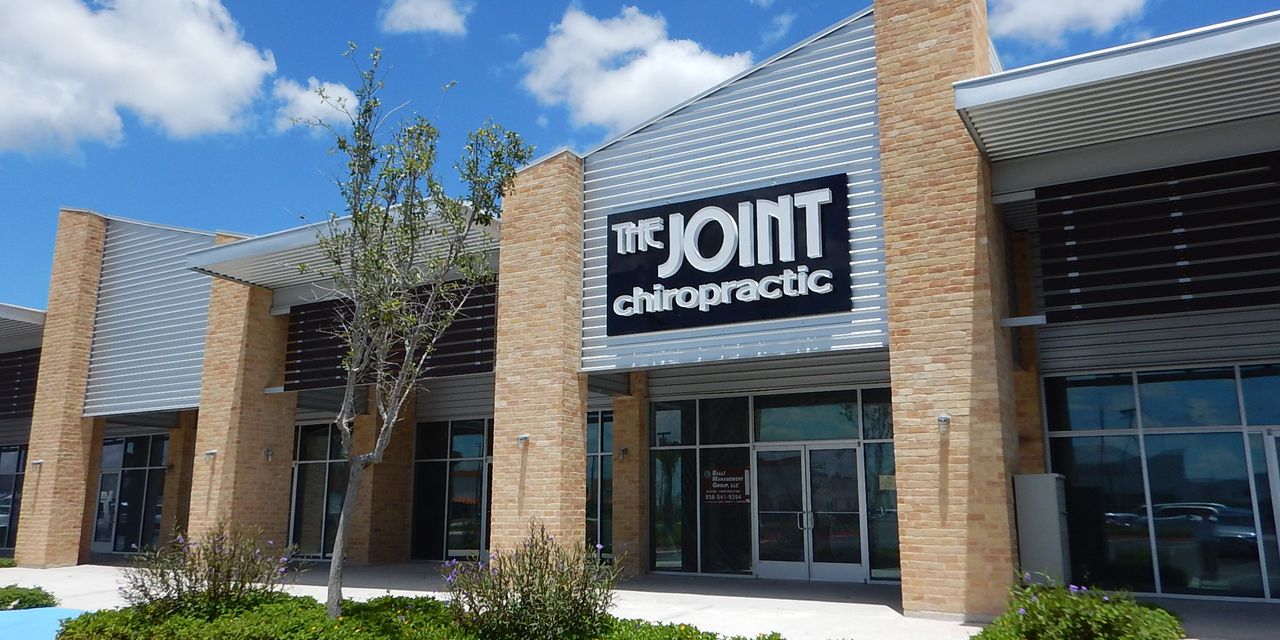 When the boss of a public company tells his investors that “pain isn’t going away,” it is usually a bad sign. Not in this case. The Joint Corp JYNT 7.19% seems to have cracked the formula for chiropractic treatment. Using convenient storefronts and upfront prices that bypass insurance, the rapidly expanding chain has drawn flocks…

Join us for the Ribbon Cutting Celebration of Comprehensive Chiropractic, PC on Wednesday, September 28 from 5pm- 7pm! Ribbon cutting ceremony will take place at 6pm! Recognizing the need for chiropractic care in the growing, family-oriented town of Macungie, the team opened their second office in July 2020. They’re delighted to now have a presence…