Oral arguments focused on two issues: whether a former authorized treating physician retains a statutory presumption of correctness on causation under section 50-6-102(14)(E), and whether the appellate court should review the trial court’s decision for an abuse of discretion or de novo where a trial court has chosen one expert’s opinion over another based on the experts’ deposition transcripts.

In deciding between the experts’ opinions, the trial court in Johnson also considered the employee’s live testimony concerning her injury’s causation, her pre-existing condition, and her prior chiropractic records – not to mention her social-media posts.

In one post, she had touched-up the accident video to characterize her work accident humorously. Per her depiction, a devil of a beer cooler—stocked full of beer— fell at work, striking her in the back and forcibly pinning her to a counter, seemingly annoyed that its patronage had dried up during lockdown.

“You can’t have a better traumatic injury than that for a ruptured disc in the spine,” testified her former authorized treating physician about the accident video, which the trial court quoted in its decision.

So, who holds a (or the?) presumption on causation when an employee’s authorized treating physician changes during treatment?

Johnson first chose panel-physician Dr. Parsioon, who gave a favorable causation opinion and recommended surgery, which he concluded was reasonable and medically necessary. But after some delays, he said he wasn’t performing surgeries at that time. So, she chose Dr. Murrell from a panel for surgery instead, because after examining her for the employer, he had agreed with Dr. Parsioon’s opinions.

But when deposed, Dr. Murrell wavered because of Johnson’s prior chiropractic records that suggested she had reported complaints of back pain previously. According to the trial court opinion, Dr. Murrell offered several opinions on causation, then testified he “wish[ed] [he] could help” the judge decide causation. “But I can’t,” he’d added, “and [the judge is] going to need to decide.”

Ultimately, the trial court applied Endsley v. Benchmark Contractors, LLC to decide that both doctors shared a presumption of correctness and that Dr. Parsioon’s opinion was most convincing.

But Allen Grant, attorney for the appellant, argued the trial court erred by applying Endsley, which involved section 50-6-204(a)(3)(H), the subsection that permits a presumption for medical necessity, not causation.

In Endsley, the Board stressed that 204(a)(3)(H) “applies the presumption of correctness to ‘a physician selected [from a panel]… not only to the current treating physician” before concluding that “to the extent [the past authorized treating physician] expressed opinions as described in subsections 102(14)(E) and/or 204(a)(3)(H), such opinions would be entitled to a presumption of correctness.”

The trial court relied on that decision in its opinion. But Grant emphasized that 102(14)(E) actually reads “the treating physician,” not “a physician” like in 204(a)(3)(H), arguing “the” implies a singular presumption on causation for only one presently treating physician, not a past physician.

At oral arguments, the Board’s questions probed the viability of that distinction.

Eventually, he distinguished between treating physicians, like in Judge Conner’s hypothetical, and a past physician, highlighting that “Dr. Parsioon was not treating” when the trial court applied a presumption of correctness to his causation opinion.

Judge Meredith Weaver asked if Dr. Parsioon had a presumption that ended.

Judge Conner then asked if a past physician “based his causation opinion on data and observations he collected while he was an authorized treating physician, why would that opinion not be entitled to the same presumption?”

“Well, for one,” said Grant, “because statutorily [it’s] just not,” insisting that the statute should be interpreted strictly to permit a presumption only to the opinion of the treating physician.

Monica Rejaei, counsel for Johnson, asserted that both subsections “warrant analogous interpretations” for a presumption of correctness afforded to all authorized treating physicians, whether former or present.

But even so, she argued that the doctors’ opinions here didn’t deserve equal footing or attention, given Dr. Murrell’s uncertainty.

“Dr. Murrell has wavered so dramatically, and so many times, in his causation opinion that it is no longer credible,” she wrote in her brief to the Board.

Grant also argued that the trial judge’s “discretion” to choose between two competing expert opinions, as characterized by many prior Supreme Court opinions, does not mean an appellate court should review for an abuse of discretion.

“The word ‘discretion’ was just used to say that of course the trial court gets to make the choice,” explained Grant, advocating for de novo appellate review of a trial court’s decision to accept one physician’s deposition testimony over that of another.

The Appeals Board considered this question already in Moore v. Beacon Transport, LLC, where former Appeals Board Judge David Hensley wrote a separate concurring opinion to assert the appropriate standard of review is de novo.

“When the medical proof is limited to deposition testimony and other documentary evidence,” wrote Judge Hensley in his concurrence in Moore, “the Appeals Board should not apply an abuse of discretion standard in reviewing a trial judge’s decision to accept one expert’s opinions over those of another but should look to see where the preponderance of the evidence lies.”

In turn, the majority in Moore observed that “this approach ignores a substantial body of case law directing us to acknowledge the trial court’s role as factfinder and accord the trial court the discretion to choose which expert offered the more probable explanation based on the totality of the evidence.” For that principle, the Board cited Jumper v. Kellogg Co., an opinion from the Special Workers’ Compensation Appeals Panel that the Tennessee Supreme Court adopted.

Considering the word “discretion” in Jumper, Judge Conner asked Grant, “They phrased it that the trial judge has discretion to choose which expert offered the more probable explanation. How can we presume that they didn’t mean ‘discretion’ when they said ‘discretion?’”

“They never actually say that it should be reviewed by abuse of discretion,” responded Grant, who advocated in his brief against a “strained interpretation” of what the Jumper court meant by “discretion” when “two sentences prior to that” the opinion “plainly stated” that “‘[w]hen the issues involve expert medical testimony… by deposition, the reviewing court may draw its own conclusions…because the weight and credibility of the witness must be drawn from the contents of the depositions.’”

Second, he quoted the Panel in Carr v. Windham Pros., Inc., that “[w]hen the evidence is documentary, such as a deposition, we are in the same position to evaluate that evidence as the trial court.” He also emphasized that the Panel twice-used the phrase “our own review” in Carr to imply de novo review is appropriate.

In her brief, Rejaei countered that Grant’s interpretation is “not the holding reached in Jumper” and is instead “a wide-reaching aberration of well-settled law of appellate standards of review.”

Because the Board’s opinion will be of an interlocutory order, by section 50-6-217, there will be no further appellate review. The opinion will likely be released later this week.

Courtesy of the Tennessee Court of Workers’ Compensation Claims

You must Login or Register in order to read and make comments! 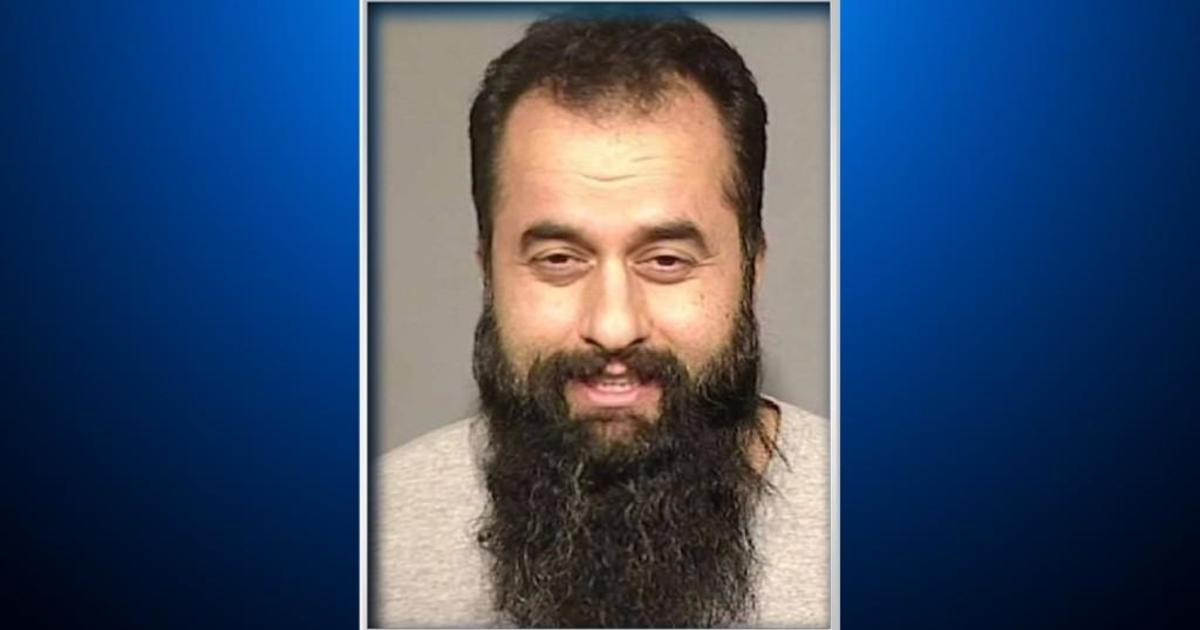 SANTA ROSA — Former Santa Rosa chiropractor Darius Bunyad was sentenced to 10 years in state prison more than five years after he was convicted of molesting patients between 2012 and 2017. Bunyad, aka Daryoush Bunyad, of Petaluma, was sentenced Monday by Judge Dana Simonds after a jury in 2017 found him guilty of committing… 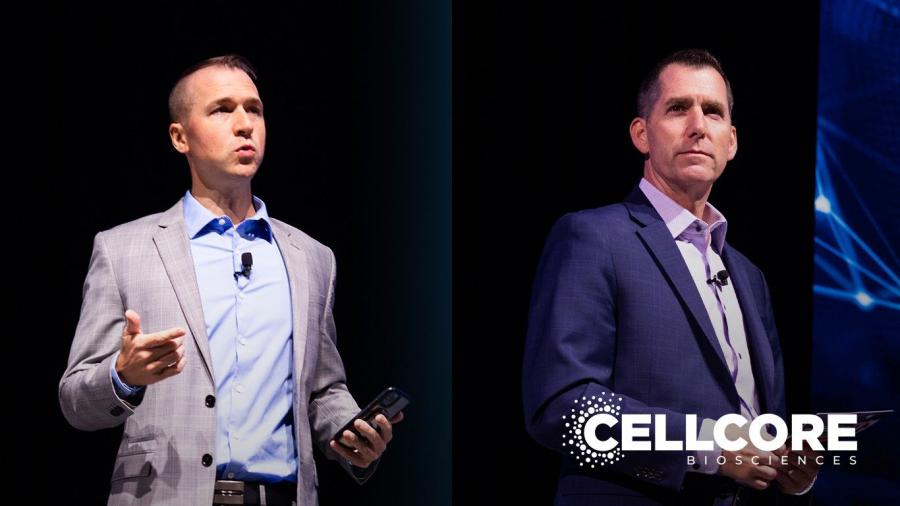 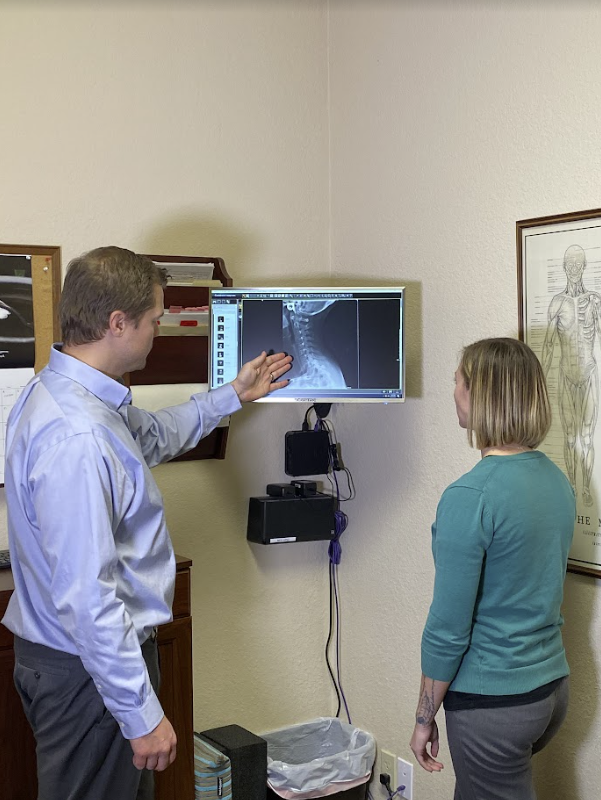 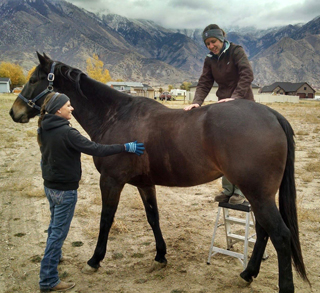 Alissa Grover Photo by Clint Grover Alissa Grover, left, palpates the lumbosacral joint of a barrel racer named Sadie, while Sadie’s owner, Stacey Lake, steadies the horse. Asked how chiropractic is done on large animals, Grover said being quick with adjustments is the key to exerting the power necessary. Since becoming a chiropractor eight years…