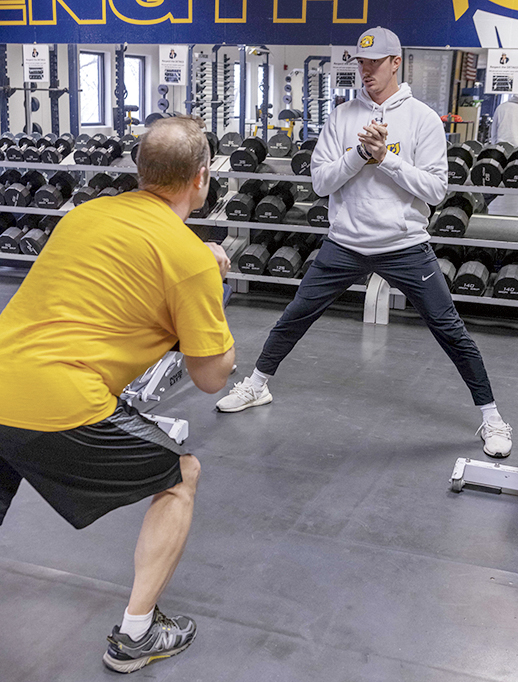 Devon Van Houten now has three family units thanks to his time at Buena Vista University as an NCAA Division III student-athlete: the Van Houtens of Saydel, his immediate family; the Demers family of Storm Lake, as he and BVU graduate Jasmine Demers will wed in September; and his BVU baseball family, a group that consists of about 40 teammates, coaches and staff members each season.

“I really found two families here,” Van Houten said from the dugout prior to a pitchers’ workout at the BVU/Storm Lake High School Baseball Field. “The baseball team has been another family for me. Guys I compete with and talk to every day have become just like brothers.”

Those teammates helped pull Van Houten, a senior, through challenging times. The left-handed relief pitcher was in the midst of a training regimen on Nov. 1, 2020, when his left shoulder began hurting. The diagnosis: torn labrum. It required surgery and months of rehab.

Three months later, with pain persisting, Van Houten visited a shoulder specialist and learned he had torn his latissimus dorsi, a muscle beneath the armpit. It forced a second surgery in July 2021, necessitating a second months-long rehab. He finally resumed throwing in November 2021 and enjoyed a decent start to his final season as a Beaver, going 1-0 early in the campaign.

“I’m throwing without pain and my velocity is about back to what it had been,” he said. “Actually, I’ve got more ball movement now. The big issue involves getting comfortable on the mound.”

Coach Steve Eddie is confident Van Houten will settle in as the season progresses.

“It takes time after every injury,” Eddie said. “In Devon’s case, he’s battled back from a pair of significant setbacks. Just to have him back as an integral part of the team speaks to his determination and patience in a long battle.”

Those around Van Houten have helped him negotiate the detour-laden path back into the Beaver pen. He’s been blessed to receive an ample supply of motivational messages and encouraging words from friends, teammates, and his extended families.

“After my first surgery and then not getting better, I didn’t know if I’d ever pitch again,” he said. “Being able to pitch on the season-opening weekend in Omaha was a surreal feeling. I was so happy that day and every day during the spring trip in Arizona.”

Following the Arizona trip and a 12-8 start to the season, including a 4-2 mark in American Rivers Conference games, Van Houten has settled back into his campus routine, one that involves multiple sessions each week with Dr. Bryan Kampbell, BVU associate professor of communication studies. Kampbell plays the role of student as Van Houten designs workout regimens.

BVU’s Devon Van Houten delivers a pitch during a win over Loras on April 2. Van Houten has battled back from a pair of surgeries to contribute to the Beavers’ success on the diamond this spring. He has been accepted to the Cleveland University Doctor of Chiropractic program in Kansas City, Mo.

“My mission involves getting variability for Dr. Kampbell into his workouts,” Van Houten said. “He was doing some of the same things for the past couple of years, so I’ve tried to change his routine while helping him achieve health and fitness goals.”

This experience, coupled with his other academic work, has the rehabilitation health sciences major grateful for his BVU instruction. Van Houten has been accepted to the Cleveland University Doctor of Chiropractic program in Kansas City, Mo.

“I’ve never had any trouble getting into a class or seeing a professor when I’ve had questions,” he said. “Dr. Thom Bonagura (Dean of the School of Science and associate professor of biology) was great about directing me and letting me figure things out.

“Our baseball coaches go about it the same way: coach Eddie is very good about helping you when you need it, but not holding your hand through the process,” Van Houten added.

Van Houten’s academic and athletic experiences have him considering the role baseball might play in his career. Before heading to chiropractic school, Van Houten will spend the summer assisting BVU alum Kyle Dupic in coaching baseball at Alta-Aurelia High School.

“As I move closer to the end of my time at BVU, the less I want it to end,” Van Houten said. “I know I’d like to stay involved with baseball. I’m thinking someday that I could be a chiropractor and a coach.”

Furniture World News Desk on 6/27/2022 The Italian bedding manufacturer, Magniflex, is adding new components to its popular MagniStretch collection that incorporates innovative technology: a special foam layer with inclined sections that utilizes bodyweight to stretch and decompress the spinal column. The American Chiropractic Association-certified mattress line will be featured… Dr. Hans joined The Wound Pros in January 2022 as VP of Business Development specifically to manage the growth of the skilled nursing facility sector. In her new role, she will work closely with The Wound Pros Senior Vice President of Sales and Marketing, Daniel Yeager. Dr. Hans holds a Bachelor of science degree in… 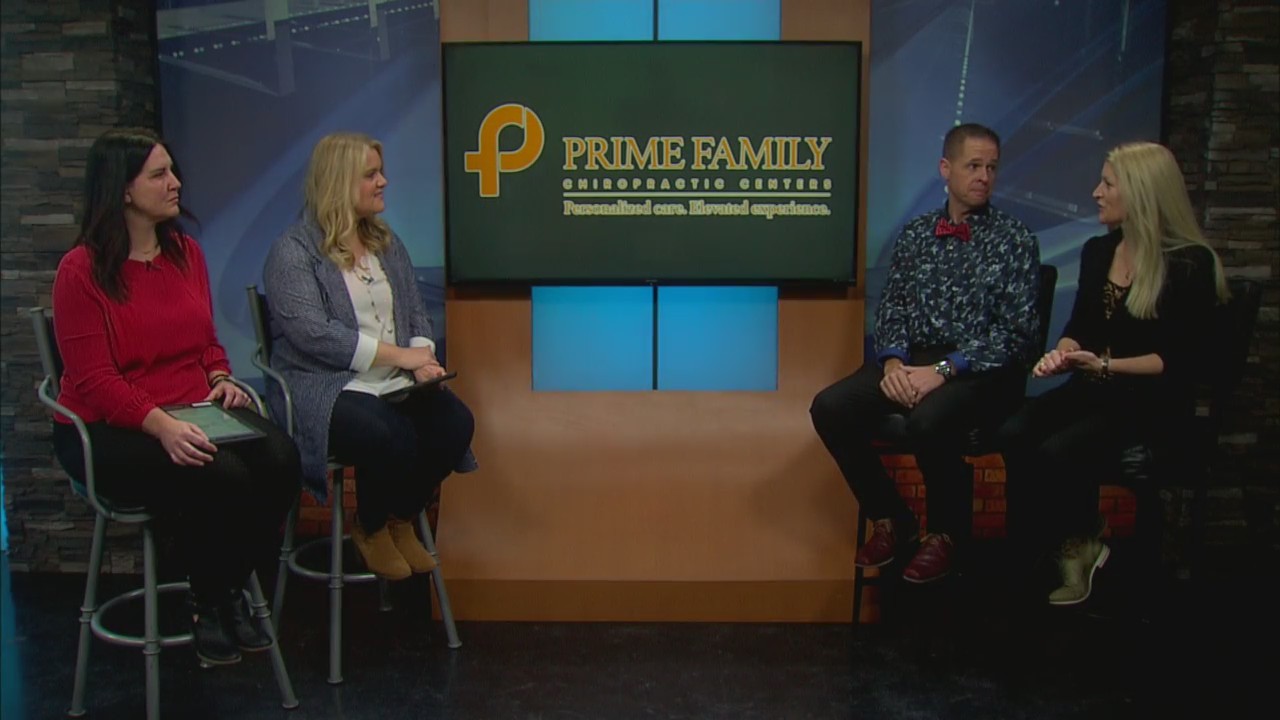 (WFRV) – It may be a new name but the health and wellness chiropractic care you know is the same. Doctors Julie and Skip Wyss visited Local 5 Live with details on the new name, Prime Family Chiropractic where they offer guidance on overall health in addition to chiropractic services. For more advice and adjustments,…

The Jefferson Parks and Recreation Department has teamed up with another organization to improve everyone’s health. JPRD and Greater Life Chiropractic are sponsoring the 2022 Lifestyle Challenge. Teams of 2-6 people will compete in a weekly competition where participants can improve their lives through weight loss, exercise and good nutrition. Those individuals can also utilize… 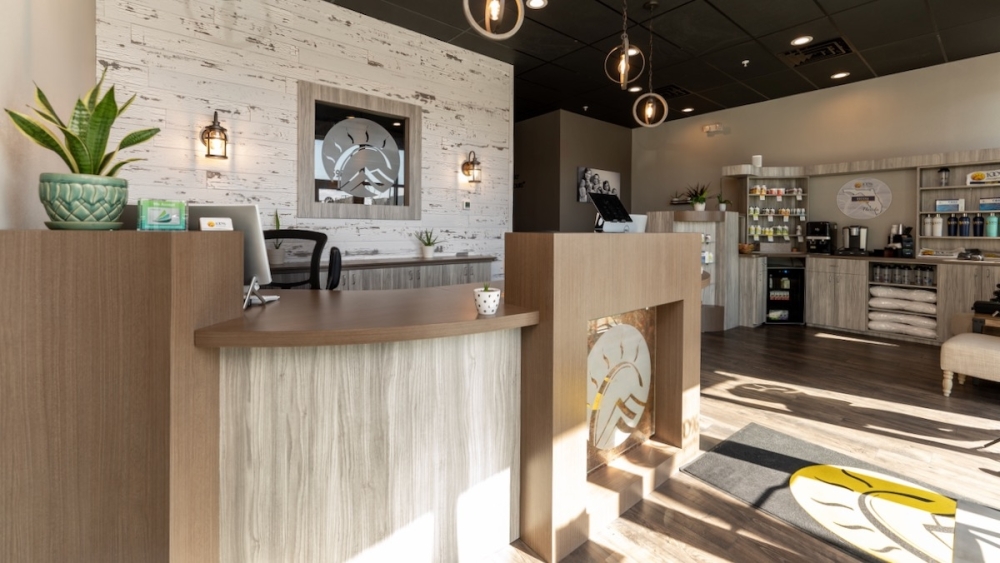 By Matt Payne Matt Payne reports on Frisco City Hall and its committees, Collin County Commissioners and McKinney business. His experience includes serving as online content editor at Fort Worth Magazine and city editor at the Killeen Daily Herald. He is a 2017 graduate of the Frank W. and Sue Mayborn School of Journalism at… 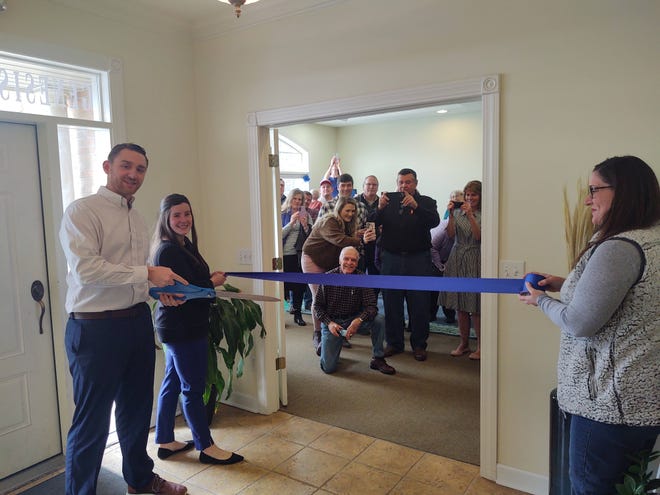 A ribbon cutting ceremony was held for the grand opening of Genesis Chiropractic on March 12 at the practice’s 202 W. Broad St. location.  Throughout the three hour open house, guests enjoyed tours of the office, light refreshments, games, prizes. and live music.  Dr. David Claggett operates the practice. He graduated from Palmer College of Chiropractic and has received…