An emerging health therapy that has gained popularity on the coasts over the past couple of years has made its way to Iowa. Known as hyperbaric oxygen therapy, or HBOT, the treatments are now available in Des Moines.

Chris LoRang, a Des Moines chiropractor with a penchant for applying innovative approaches to holistic care, has launched a hyperbaric oxygen therapy clinic, Iowa HBOT, as an extension of Capital Chiropractic and Rehabilitation Center. Since June 2021, he has been offering the therapy on an “off-label” basis for patients, for both health optimization and to help patients speed healing. It has also shown to be potentially beneficial in treating symptoms of “long COVID.”

The non-invasive therapy involves treatments in which patients spend between 60 and 90 minutes in a hyperbaric chamber in which the ambient air pressure is raised while the person lies in the chamber and breathes pure oxygen through a mask. Used as a therapeutic treatment, the increased air pressure allows for the oxygen to dissolve and saturate the blood plasma to provide what research studies indicate, with a regiment of repeated treatments, a broad variety of health benefits. Patients need a referral from their physician for the treatment.

“People are seeking it out, and people are really seeing the benefits of it,” LoRang said. “They’re reading the research, and they’re coming in to us and saying, ‘I would like to seek out this treatment at this pressure and this amount of visits, because the research shows that X number of visits produces this [particular] response.’”

Both UnityPoint Health and MercyOne offer hyperbaric oxygen therapy at their hospitals in Des Moines, but the treatments are limited to 14 specific conditions that are approved by the U.S. Food and Drug Administration, such as wounds that won’t heal, crush injuries and carbon monoxide poisoning.

He incorporated the therapy into his practice after moving his office in April 2021 from an East Village office to its new location near the Des Moines Playhouse. LoRang, who has been a practicing chiropractor since 2013, last year received certification to administer the therapy through the International Board of Undersea Medicine; two of his clinic staff have also become certified. Iowa HBOT is associated with HBOT USA, a New Jersey-based national organization promoting the use of HBOT for many conditions.

LoRang began offering the treatments last summer using a soft-sided chamber, and in February added a hard-sided chamber that’s capable of providing the therapy at higher pressures. He said the only adverse effects have been a few patients experiencing claustrophobia and needing to end a session sooner, or having trouble equalizing the pressure in their ears.

He’s finding interest from both his regular chiropractic patients as well as people who have been waiting for the technology to become available locally.

“I have a patient who is coming here for post-surgical physical therapy rehab, but he also said, ‘I want to get better as fast as I can.’ From what we know in the research, we know that his body will have an increased ability to heal if he implements both physical therapy and hyperbaric oxygen therapy,” LoRang said.

“On the opposite end, we have people that come here only for HBOT, but they’re walking past the physical therapy and chiropractic rooms and maybe after six or seven visits, they say, ‘I’ve actually been looking for a chiropractor.’ So it’s a very nice symbiotic relationship.”

The cost of a single treatment in the hard-sided chamber, which provides a range of treatment pressures up to 2.2 atmospheres, is $250. The soft-sided chamber, which enables treatments at a lower pressure of 1.3 atmospheres, costs $125 per treatment. Treatments can be prepaid in packages of 10, 20, or more treatments at a discounted rate.Iowa HBOT will celebrate its official ribbon cutting from 4-6 p.m. on Tuesday at its location within Capital Chiropractic & Rehabilitation Center at 900 42nd St. The event is free and open to the public. More information about Iowa HBOT can be found on its website.

Chiropractic Economics March 22, 2022 Adjacent segment disease, a known complication of spinal fusion, can also be caused by degenerative changes in the neck. Now, chiropractors from Chiropractic Doctors Association of Hong Kong (CDAHK) and Open University teamed up to explore spinal alignments and neurological pathology with the hopes of improving treatment. The team published a new…

It started out as a relatively minor automobile accident a decade ago. Now, after multiple appeals and more than a million dollars spent on expert witnesses, a Florida appeals court has again remanded a State Farm assignment-of-benefits case to the trial court. In State Farm Mutual Automobile Insurance vs. Nob Hill Family Chiropractic, the 4th… 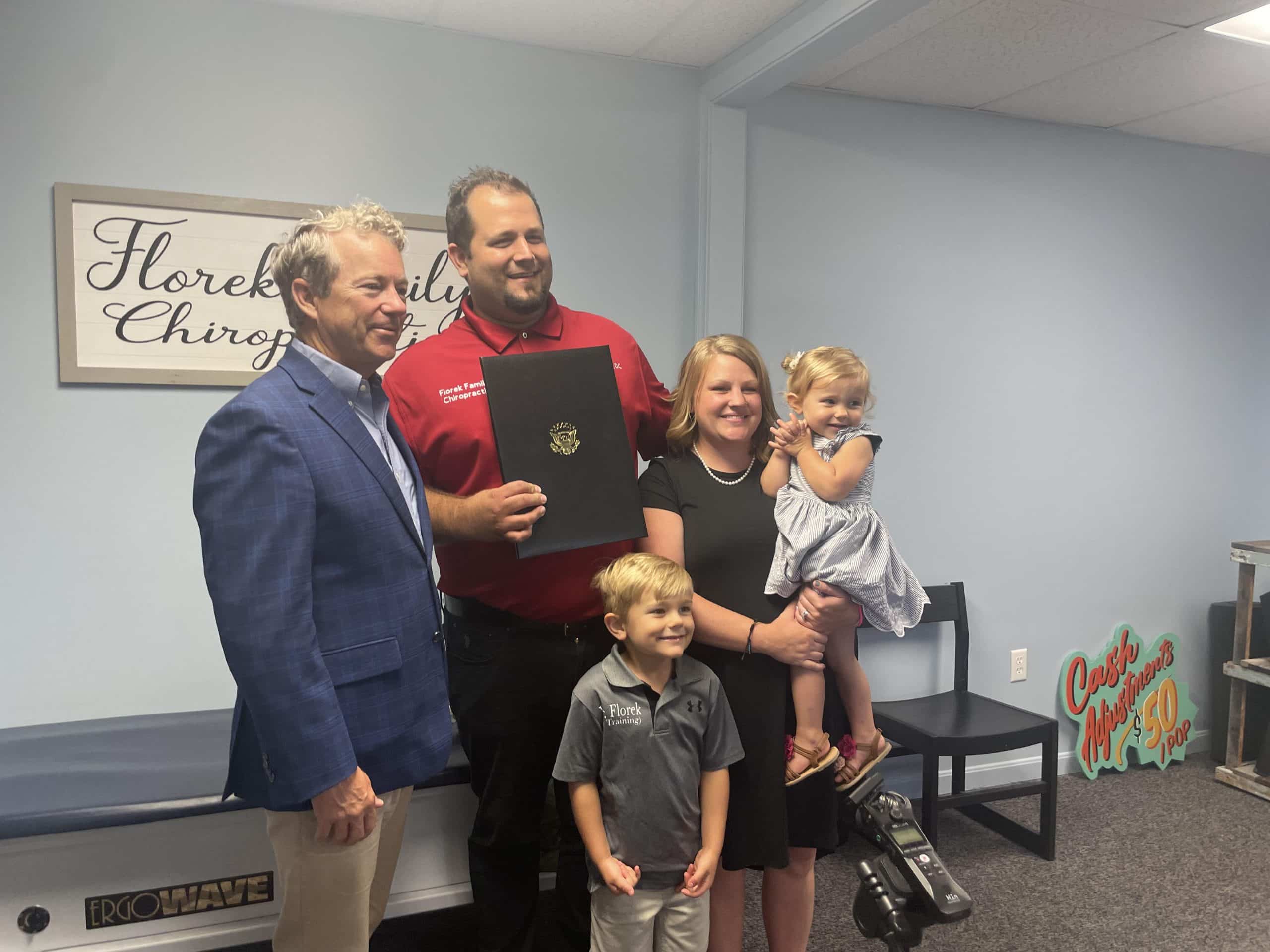 When Justin Florek opened his own chiropractic business in 2019, he took a significant risk. His wife Samantha joined him in the task by taking out a small business loan. Less than a year later, the COVID-19 pandemic hit, and his office was closed for nearly two months. While Justin worried about his new business,…

Charnwood, England – Matt Tarrant, digital marketer, and creator of “Hyper-Local Heart-Centered Chiropractic Patient Acquisition”, is looking for beta testers for his marketing program that is aimed at chiropractors looking to extend their local marketing reach. Chiropractors running their own offices can find out more about the system that Matt has created by heading over…