Chandler couple Dr. Arlan and Judith Fuhr say the following story is not all that uncommon.

“I was in Taiwan and we went up into the Tea Valley, where they do tea,” said Dr. Fuhr, a chiropractor. “We went into this place where they all have lunch …, and I look over and here up on a riser, about a 6-inch riser was a guy doing Activator. He had my picture on the wall.

A moment later a woman came up to Fuhr and hugged him, saying something in Mandarin. He waited for the translation.

“I was bent over for 15 years until the Activator come to the Valley and now I can stand straight,” he recalled her saying.

The Fuhrs say something similar happens often. They recalled a woman in Australia who was told she would never walk again and a man in Pinetop who feared he had to go in for another back surgery. Both had happier endings.

That is the power of the Activator Adjusting Instrument – an invention by Dr. Fuhr and his partner, Dr. Warren Lee, that makes spinal adjustments without surgery and with little pain.

The more than 50-year-old invention is now used by 70 percent of chiropractors in the world.

Such success has allowed the Fuhrs to be generous now, most recently with a $1 million donation to Logan University near St. Louis, Missouri, for the expansion and renovation of its science center.

“These features are important and necessary as the university continues to expand, add more degree programs and enroll even more students in both the College of Chiropractic and College of Health Sciences,” the university release stated.

Dr. Fuhr, a 1961 graduate of Logan, said, “Logan University provides a strong education rooted in science, research and evidence, and its graduates are solid and balanced in their practice. I’ve dedicated my career to innovation so that we, as chiropractors, can help patients improve their health, and it’s an honor to give back to the university that has given me so much.”In recognition of the generous gift, the university named the building after Dr. Fuhr.

That sits well with his wife, a former Chandler Unified School District Governing Board member, who said it’s best to honor someone while they’re still living than after they’re gone.

“I told the president of the college – he asked that same question, ‘What do you feel?’ I’m glad I’m here to enjoy it, ‘cause most things are named after people after they’re gone.”

“I ran into this on the school board. They were naming schools after people who were deceased,” Judith said. “And I said, ‘Why don’t we name them after people while they’re here?’”

Judith was born and raised in Chandler, and recalls a time when the city was mostly farms and there was only one traffic light. Dr. Fuhr grew up in Redwood Falls, Minnesota.

He chose to go to Logan, he said, because he didn’t have a lot of money then and he was offered a scholarhip.

It was Judith who pushed her husband to begin thinking about teaching online years before the pandemic forced that shift in nearly every industry. They now conduct online tutorials and seminars in five different languages around the world.

“When the pandemic hit, boy they were happy to have it,” Dr. Fuhr said. “I have to thank my wife for that.”

The Fuhrs said they decided to make the donation while they were doing estate planning.

“I said, ‘I feel we should give something now, so we can watch it grow, and be a part of it,” Judith said.

They did have one request: they wanted a museum to be part of the building. One of the exhibits will be the original Activator that has positively changed so many lives around the world.

He was one of the people who helped Logan purchase the land for its campus in Chesterfield, Missouri, where the expanded science center is located.

“Logan has been a part of my life – well I graduated from there when I was 21,” Dr. Fuhr said. “Everything that I have today comes from that education.”

Published: 1:11 PM April 21, 2022 Keeping our bodies in check is an essential ingredient to a long and healthy life, and should not be neglected. We make time to regularly exercise, visit our dentist or GP, but often our muscular health can be forgotten.  “Prevention is better than a cure,” Edmund Rogers, Doctor of…

Market Strides, a leading global market research firm, is pleased to announce its new report on Chiropractic Care Market, forecast for 2022-2030, covering all aspects of the market and providing up-to-date data on current trends. The report covers comprehensive data on emerging trends, market drivers, growth opportunities, and restraints that can change the market dynamics… 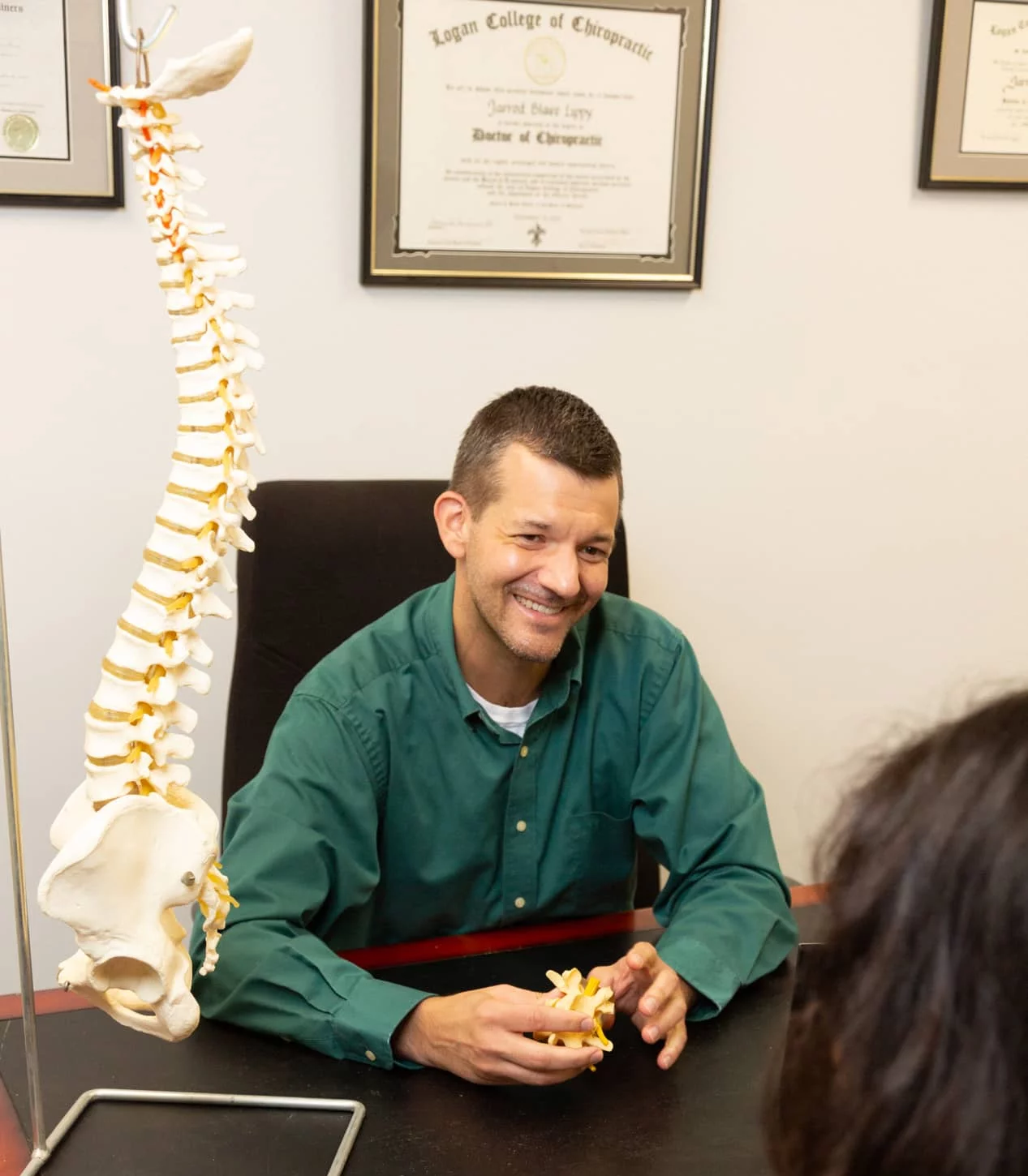 “According to Dr. Lippy at Advanced Correction Chiropractic in Baltimore, “Motor vehicle accidents come in many different forms. Even minor car accidents can lead to significant injuries. Therefore, even if your car accident in the greater Baltimore area appears relatively minor, do not be surprised if you are sore following the accident. Chiropractic care can…

Available for Android and Apple users, the BACK.co app is the first chiropractic app to provide mobile queue registration BRENTWOOD, Tenn., Jan. 13, 2022 (GLOBE NEWSWIRE) — IMAC Holdings, Inc. (Nasdaq: IMAC) (“IMAC” or the “Company”) is furthering its commitment to help patients of The Back Space pilot program find further engagement with the introduction of the…