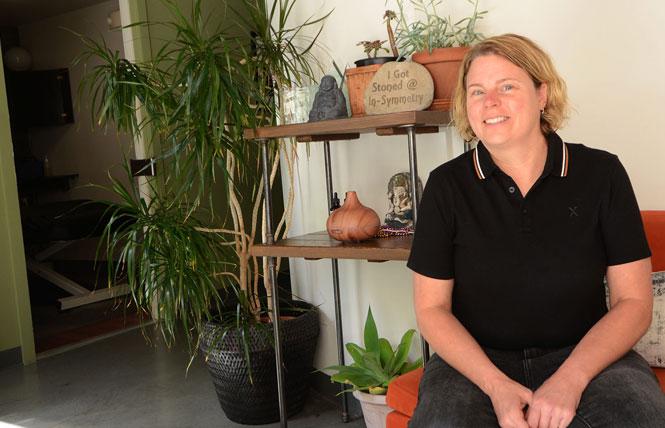 In business for 22 years, Candace Combs moved her In-Symmetry Spa to San Francisco’s Mission Creek neighborhood 11 years ago. One of the first merchants to open in the then-emerging residential neighborhood, Combs found a ground-floor space in a new mixed-use housing development on Florida Street to lease and transform into a tranquil setting for massage services and other treatments.

As additional businesses opened in the area between the Mission district and Potrero Hill, Combs founded the Mission Creek Merchants Association to help foster connections among the new shop owners and advocate for their needs with various city officials and departments.

“We were among the first things here. I could see how the neighborhood was changing,” said Combs, 51, a lesbian and New Orleans native whose gay brother also now calls San Francisco home.

While the spa’s relocation didn’t result in any drop-off in business, it did give Combs an education on the city’s rigorous rules and conflicting stances about massage practitioners. It was solely due to her “tenacity,” said Combs, that she was able to navigate the headache-inducing permit process in less than five months so she could open the doors at her new address.

“Even to find out if I could do massage here was like an act of God. I called everyone,” recalled Combs, who noted at that time she dealt mostly with male city staffers who were “sexist and didn’t understand massage.”

The negative attitudes were rooted, she said, in seeing all massage businesses as “massage parlors” where male customers would receive a “happy ending.” Seen as being connected to so-called red light districts, explained Combs, there was little understanding for how a massage spa like hers operated.

“We are not a massage parlor. We are a spa,” she said. “We are a results-driven day spa.”

Her experience navigating the city’s byzantine permitting process and restrictive rules for massage businesses led Combs to take on an advocacy role for the local industry. Because of rules enacted in recent decades aimed at ensuring massage businesses weren’t fronts for human trafficking and prostitution, legitimate massage practitioners found it difficult to operate in San Francisco. Many either did so without permits or opted to set up shop in nearby cities.

“The massage laws are archaic in this city. We always get lumped into sex work. It has nothing to with massage and body work, nothing,” said Combs. “We all got lumped into one tiny box. The road to hell is paved with good intentions and that is San Francisco. San Francisco said, ‘Let’s take care of this human trafficking issue,’ but they did that basically by crushing the massage industry.”

Combs and several other massage practitioners founded the San Francisco Massage Community Council to press city officials to reexamine how they approached the industry. She became its president and has helped lead the discussions that have brought about a lessening of the restrictions for legitimate massage practitioners, who are licensed by the state, to operate in the city.

In 2021, city leaders loosened the zoning controls around massage providers so they could partner with other medical providers and work out of their offices. This year they extended the new rules to include chiropractic and acupuncture offices.

“Massage is now part of health, which is amazing,” said Combs. “It opens up a lot for massage therapists.”

Yet difficulties remain for massage practitioners who want to operate in the city and follow the permitting rules, said Combs, as the fees the city charges are expensive. Just this month she contacted city leaders on behalf of one solo practitioner who has had trouble obtaining the needed permits.

“It is really tough,” said Combs, for massage practitioners, most of whom are women or immigrants with limited financial resources, to get the required permits and approvals from city agencies to open a business in San Francisco. “San Francisco has no clue what a small business is.”

COVID upends business plans
The ongoing COVID-19 pandemic has been another source of frustration, said Combs, due to it leading to monthslong closures for businesses providing massage services in 2020 and ongoing concerns among customers about returning each time there is a surge in COVID cases.

Combs closed her spa from March until October 2020 and was able to obtain various government loans, grants, and donations from longtime customers to help cover her bills, pay staff, and never miss a rent payment.

“I wanted my employees to know we were not closing,” recalled Combs, who posted videos online and spoke to national press outlets as a way to continue her advocacy for the massage industry during the forced lockdowns. “I made it work enough to say, ‘OK, we are not going out of business.’ But I did blow through my savings.”

The massage council partnered with representatives from other impacted industries, such as tattoo parlors and hair salons, to work with local, state, and federal health officials on how they could safely return to working with clients.

“I was working more than ever but for zero pay,” recalled Combs.

When she did reopen, Combs ended up letting go her front desk staff. She now uses online scheduling tools to book appointments and also lets her employees handle their own scheduling.

From a high of 15 employees, the spa now employs six massage therapists and one esthetician who offers facials, peels, and waxing services for both women and men.

“We do the whole nine yards,” Combs told the B.A.R. in terms of what areas of the body, in particular the genital region, clients can have waxed.

This past January, due to another wave of COVID cases, was her worst month she has ever had in business, said Combs. Many customers opted not to book appointments and stayed home due to the winter surge.

“People were just frightened,” said Combs. “My poor staff was getting really depressed.”

Since February business has steadily picked up, she said. But her profits overall are down 50% from pre-COVID levels, and Combs doesn’t expect them to revert back to those totals anytime soon.

A new service she offers is a 30-minute session called “Real Talk With Candace Combs.” It is part massage and part life coach session.

“We are really here to balance your mind, body, and spirit,” said Combs, who plans to marry her partner of four years, Marianne Doyle, in a small ceremony over Pride weekend.

The couple is raising Doyle’s 10-year-old daughter in the city’s Bayview neighborhood. Engaged since July 2020, they are planning a bigger ceremony in England where Doyle’s family is from this July.

As for her spa business, Combs plans to continue fighting to keep it open for both her customers and her employees.

“I am doing it because I love my staff. I love having a spa in San Francisco. I love my clients,” she said. “We are the only place that does what we do, so I am not going to let it go away.”

The spa is open by appointment seven days a week from 9 a.m. to 9 p.m. It closes annually on the Fourth of July, Thanksgiving, Christmas, and New Year’s Day.

To book an appointment for its myriad services, .

Among the special treats on offer this month are the 16-piece Say it Louder Truffle Collection ($47.95), featuring such flavors as Hazelnut Praline, Strawberry, Raspberry (Vegan) and 70% Single Origin Ecuador Chocolate, and the 2022 Birthday Heirloom 70% Dark Chocolate Bar ($12.95), decorated with a rainbow paint-splash and made with cocoa, red fruits, macadamia, and molasses.

In honor of her heritage and June 1 celebrated as Philippine Independence Day, Gancia also created the Freedom 1896 Artist Palette Heirloom 70% Dark Chocolate Bar ($12.95). Her signature chocolate frog is seated on a chocolate lily pad decorated with several shapes in the colors of the Philippine flag. The Love x 3 Lolly ($5) is a three-tiered heart-shaped lollipop celebrating the store’s anniversary, Pride Month and Philippine Independence Day. It comes in dark or milk chocolate with cocoa nibs and rainbow sprinkles.

For a full list of the specialty items and to order them online to be shipped within the continental U.S., visit www.kokakchocolates.com

The queer-owned Barb, which created a pomade specifically for women, transgender, and nonbinary individuals with short haircuts, is donating 20% of its Pride shirts bought this month to GLSEN, the national nonprofit that works to foster an LGBTQ-inclusive environment in K-12 schools.

The company based in the Bay Area has two Pride SAY GAY unisex shirts for sale ($40 each) in either a tri-blend tee or a tank. Both can be ordered online here. 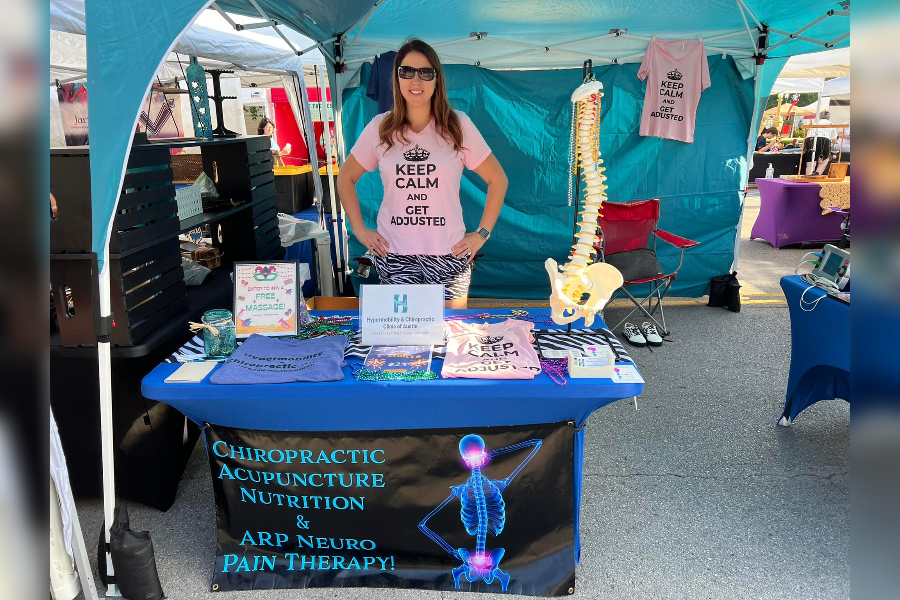 An office space located at 3008 Dawn Drive, Ste. 107, Georgetown, opened its doors June 22. The space houses one chiropractor, one life coach and two massage therapists all under individual titles and ownership. Brianne Schroeder of Hypermobility & Chiropractic Clinic, specializes in chiropractic and wellness care, including acupuncture. The practice was previously located at… 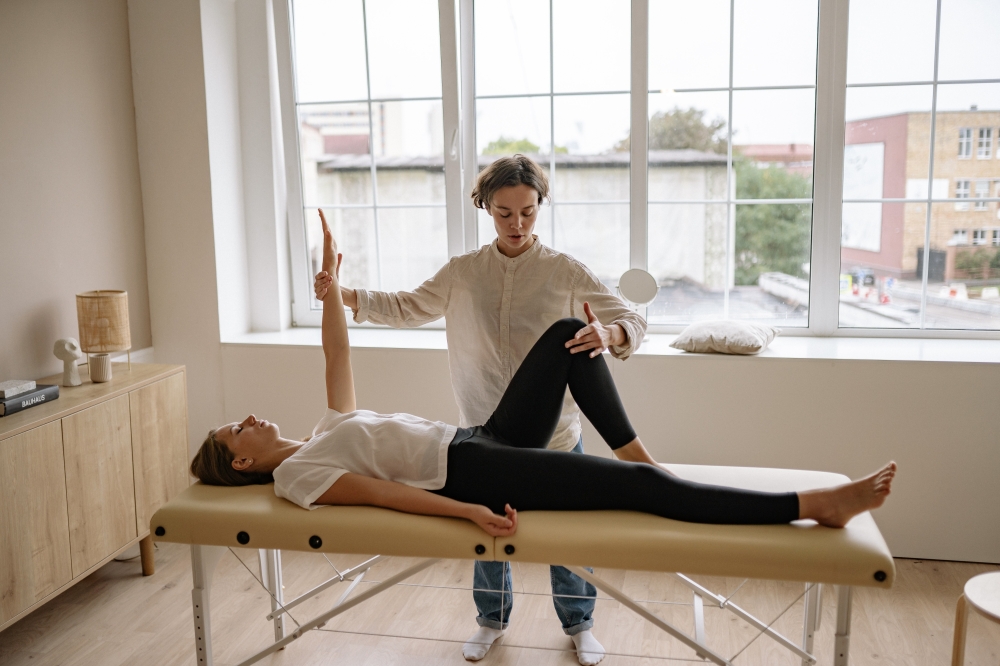 Verve Chiropractor opened Sept. 15 at 920 Pine Market Ave., Ste. 350, Montgomery. The business offers chiropractor care through adjustments as well as whole-body cryotherapy, in which individuals step into an enclosed chamber. According to the business, full-body cryotherapy is used by major sport leagues such as the NFL and MBL as well as the…