Rusty Rae/News-Register##
Dr. George Dunn is the third owner of Dunn Chiropractic, which was started by Dr. Byron White near the current Bayou Golf Course in 1922. Dr. George Dunn took over in the 1960s and built the current location on Dunn Place, just of Highway 18. Siegfried joined him, then bought the practice in the 1980s.

Dr. Byron White was famous far and wide for his chiropractic clinic, which he established in McMinnville in 1922.

Patients came from all over the country, said Dr. George Siegfried, owner of the practice, which changed its name to Dunn Chiropractic more than 50 years ago.

Siegfried, only the third owner of the century-old business, is marking the clinic’s 100th birthday this year by remembering its history.

Dr. White built a 22-bed hospital at the west end of Bayou Drive, near what is now the Bayou Golf Course, which White also started. He built the mansion at the Bayou, as well; in recent years it’s been an event venue.

He envisioned much more, Siegfried said. White wanted to create a natural health hospital and resort. Siegfried said it would have been something along the lines of the Kellogg sanitarium, or health spa, in Battle Creek, Michigan, depicted in the 1994 movie “The Road to Wellville.”

John Harvey Kellogg managed the Michigan sanitarium from the late 1800s to 1943. Guests were encouraged to eat a vegetarian diet and plenty of roughage, including the eccentric Kellogg’s invention, corn flakes.

White’s natural health hospital never got as big as Kellogg’s, but it was popular for many years before changes in the insurance industry made it difficult for chiropractors, Siegfried said. (To this day, he accepts direct payments from customers, but not insurance).

And White traveled all over northwest Oregon to see patients who couldn’t make the trip to McMinnville.

“He went regularly to Florence, Lincoln City, Astoria … during World War II, he had the gas rations to travel, since he was a doctor,” Siegfried said.

To cover all the work, he hired Dr. George Dunn as his associate. Dunn took over the practice and moved it to the east side of McMinnville after White died in 1963 at age 69.

Siegfried joined Dunn in the early 1980s, just after returning from Italy, where he had been the doctor for the Italian Olympic team. “I’ve been around the world and had fascinating experiences,” he said, crediting the latter to being lucky to be in the right place at the right time and open to new experiences.

Siegfried grew up in Philadelphia. Relatives on his mother’s side were in the medical profession, and his father was a fan of chiropractic medicine, he said. He came to Portland to attend Western States Chiropractic College, then went to Heidelberg, Germany, for graduate studies.

While working at a clinic in San Francisco, he heard of an opening with the Olympic team. After the Games, he traveled all over Europe with the Italian athletes.

Before that, just before finishing his schooling, he spent a year and a half in New York caring for dancers on Broadway. He also worked at the Multnomah Club to help pay for his education.

Siegfried bought the practice from Dunn after a few years. He took over not only the medical offices but also the house upstairs.

“It was a match made in heaven,” he said, recalling his first meeting with Dr. and Mrs. Dunn.

“I learned lots from him, things he’d learned from Dr. White,” Siegfried said.

He also inherited many patients, including some who had been treated by White and others who were the offspring of White’s clients. He still sees about 10 patients from Dunn’s practice, he said; he’s been treating them as they reached their 70s, 80s and even 90s.

When Siegfried and his wife, Rebecca Siegfried, who runs the Dr. Lucy Pure Natural Skin Care company, moved into the house above the clinic, their home was fairly isolated.

In the ‘80s, not many houses or businesses had been built along Three Mile Lane, near Norton Lane. Now their Dunn Place site is surrounded by neighborhoods, a hotel, retailers and medical offices.

“This is a great place,” he said. “The city is almost cosmopolitan; it’s a nice environment.”

Best of all, he said, he is proud to run the 100-year old clinic started by Dr. White and carried on by Dr. Dunn. 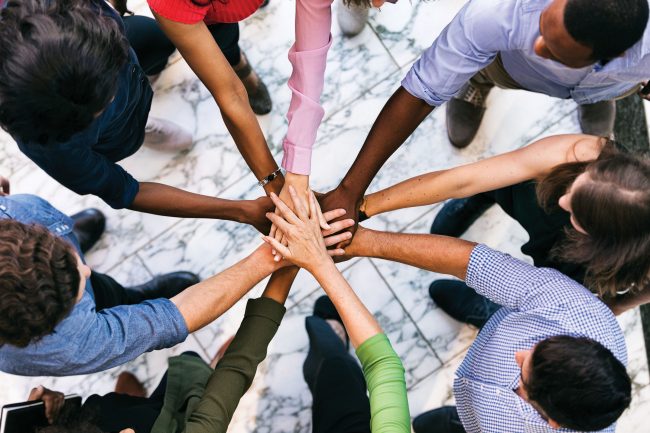 Source: Adobe Stock Failure can either turn into a stumbling block or a stepping stone. And the community of North Minneapolis wants the proposed Village Financial Credit Union to be its stepping stone toward building a better future. Debra Hurston “[In] the first set of town hall meetings [in 2021], the community was extremely vocal…

An Iowa chiropractor with a history of sex offenses will keep his license after being accused of hugging and kissing a young patient. Chiropractor Bruce Lindberg of Ottumwa was charged with simple assault on April 18. Police alleged that after treating a 10-year-old boy at his clinic, Lindberg hugged the child and kissed him on…

Jessica Stölen-Jacobson Editor [email protected] On March 22nd, Celtic Cross Massage opened in a space located inside Cornerstone Chiropractic in Montevideo. Cindy Miller has been a licensed massage therapist for over 15 years, and recently moved to town, relocating her massage business from Fridley to Montevideo. Miller began her career after 911 caused a shift in…