Over the past two years more than 50 dissatisfied consumers have reached out the NBC4 I-Team after paying more than $10,000 for treatment from a chiropractic business they say did nothing to help them. Now two former employees of Superior Health Centers are sharing information about how they say the business operates.

“Anna,” a former employee, said she was “romanced” in the beginning with the story, ‘We really want to help these people.'”

But she quickly realized it was instead what she calls a “used car sales, hard close type of pitch.”

NBC4 is not not revealing her real identity. “Anna” signed a confidentiality agreement, but says she decided she needed to warn prospective customers.

She said she believes their goal was not treating people, but making money.

Donna and Harvey Stone said they didn’t realize chiropractors were running the business. “They introduced themselves as doctors,” they said.

Stephanie Burnette and her husband also felt duped. “We had no idea what we were letting ourselves into.”

They all sought relief for their nerve symptoms from a business first known as Optimal Health. In 2019, those offices throughout Southern California changed their name to Superior Health Centers. The I-Team found Optimal Health and Superior Health are both connected to the parent company Neuropathy Solutions Inc., a name that appears on mailers for both companies as well.

“Bill,” another former employee, said customers need to do their research.

“This company is known for changing their name consistently so they can cover up what they’re doing,” he said.

The attorney representing Superior Health said in a statement:

“Confirm your facts before falsely reporting that Superior Health was formally known as Optimal Health…” and “Superior Health does not practice medicine or chiropractic care, rather it provides management services to its professional tenants.”

Some patients who reached out to the I-Team said they went for an appointment after seeing a TV commercial, which aired on NBC4 and other stations. NBC4 decided to stop airing the spot after the I-Team’s reporting.

Other people told the I-Team they answered an invitation for a free dinner and heard scary claims of what could happen if they didn’t pay for treatment — not covered by insurance — for their nerve damage. NBC4 heard similar claims when the I-Team went to one of those free dinners in the spring of 2019.

“This is what it will lead to — Amputations, wheelchairs, walkers,” said the person giving the presentation at the free dinner.

“Once they came in, it would be assigned to a case manager and that case manager would read a script or memorize a script and try to close that individual on $10 to $18,000,” said “Anna.”

“That’s just way too much money for a completely unproven therapy,” said Dr. Jonathan Katz, a neurologist who serves on the advisory board of the Orange County nonprofit, Neuropathy Action Foundation.

“Anna” said the heavy-handed sales tactics weighed on her.

“I really began to have sleepless nights,” she said. “Almost on a daily basis I would hear from people who would say, ‘You’re using scare tactics.'”

That’s what Roberto and Nema Hipolito say they experienced. She’d lost the use of her left arm and was desperate for a solution.

“We were searching for something, really like a second opinion that might help her condition,” Roberto said.

They said they watched testimonials while waiting in the lobby of Superior Health in Gardena, testimonials similar to those the NBC4 I-team later found on YouTube.

“We were convinced this clinic has a lot of patients who’ve been diagnosed and got well,” Roberto said.

“Bill” was also bothered by the tactics.

The Hipolitos were told Nema’s treatment would cost 10 thousand dollars. Roberto said he responded with, ‘What? Oh my, we don’t have that kind of money. It’s too expensive.'” But he says their case manager asked him what was more important, his wife’s health or the money. He says he felt he didn’t have a choice.

But the Hipolitos say her treatment consisted primarily of a device with red lights. With financing, their bill came to more than $15,000 to treat what Nema says Superior Health told her was neuropathy.

Nema said she believed the diagnosis because she thought they were doctors.

“And then we found out later that he’s a chiropractor,” she said.

Most heartbreaking, she said, is when she got a second opinion from a medical doctor and learned she has ALS, also known as Lou Gehrig’s Disease– an incurable, fatal neurodegenerative disease with a life expectancy of two to five years.

The I-Team asked the law firm representing Superior Health about what the former employees said about the business model and about the expensive treatments sold to Nema Hipolito.

The attorney did not address those questions, but said “We are deeply troubled by your continued inaccurate reporting of facts concerning our client.”

The attorney also provided a testimonial he said was from Nema Hipolito that reads in part: “My feet and hands are no longer having constant cold sensations every night!… Very excited to see more improvements!”

But the Hipolitos said she did not write that statement, and they say it isn’t true.

“A lot of times this was their last, desperate grasp for a solution,” the former employee “Anna” said. “And what they were sold was a dream.”

It was a dream that turned into a disaster for the Hipolitos. They’re now out thousands of dollars and struggling to make ends meet as they come to terms with Nema’s terminal diagnosis.

The attorney for Superior Health did not respond to a request for comment about the Hipolitos’ assertion that Nema did not write the testimonial.

Fourteen people have been charged in a nearly $3 million insurance fraud scheme out of Ogemaw County. The charges relate to an alleged scheme to defraud AFLAC where the accused individuals submitted fake claims of injury to AFLAC indicating that they had received treatment at the Ogemaw Chiropractic Clinic. Nearly $3 million in false claims… 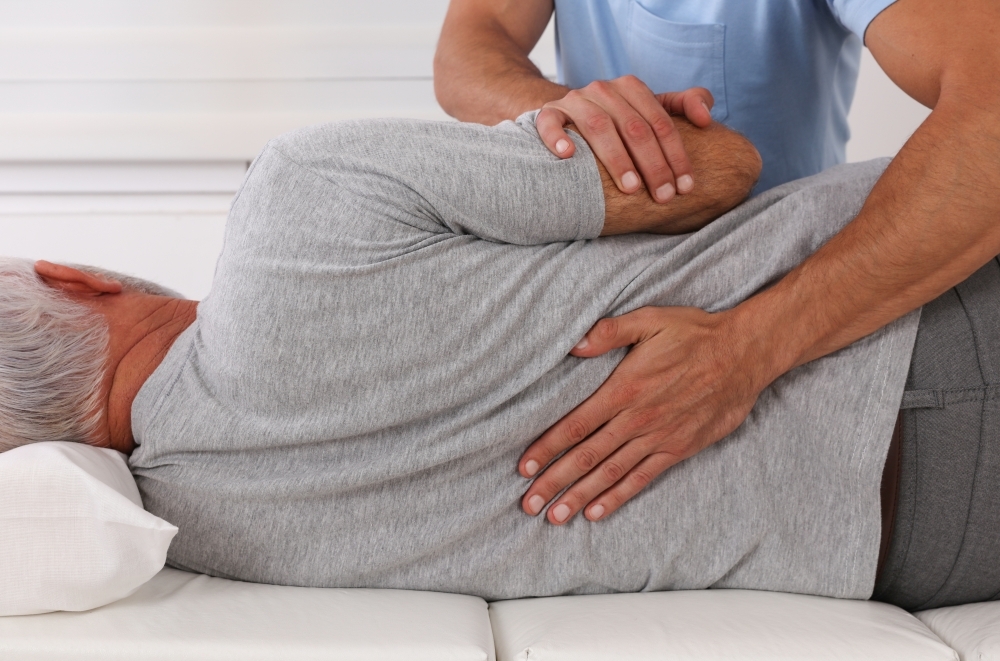 Chiropractic Economics July 30, 2021 ‘We’re proud to offer even more convenience to our patients and their families of the armed services,’ said Peter D. Holt, president and CEO of The Joint Corp. The Joint Corp. (NASDAQ: JYNT), the nation’s largest provider of chiropractic care through The Joint Chiropractic® network, has reached an agreement with the Army &… Southern Home Medical (OTCMKTS: SHOM) has been rising steadily up the charts in recent days ever since the Company got their filings up to date in May and went “pink current” on OTCMarkets. The Company stated on twitter over the weekend “We know we have been quite for a while; A LOT has been made…

The Chiropractic Software market outlook looks extremely promising is a valuable source of insightful data for business strategists. It provides the industry overview with growth analysis and historical & futuristic cost, revenue, demand and supply data (as applicable). The research analysts provide an elaborate description of the value chain, future roadmaps and its distributor analysis. The report provides…