The first state abortion ban passed since the Supreme Court overturned Roe v. Wade went into effect in Indiana Thursday. A judge denied a request for a temporary injunction from health providers.

An Indiana judge turned down on Thursday a request to block enforcement of the state’s abortion ban just hours after it took effect. The ruling came in a lawsuit filed by abortion clinic operators who argue that the state constitution protects access to the procedure. Special Judge Kelsey Hanlon didn’t give any explanation for her decision with the order denying a temporary injunction sought by the American Civil Liberties Union of Indiana, which is representing the clinics, but cited a court hearing set for Monday on the lawsuit. (Davies, 9/15)

Most of the lights are now off at Women’s Med, an Indianapolis abortion provider. The clinic is among two Indiana providers slated to close, while the state’s five remaining clinics will offer limited health care. “I am so mad,” said Dr. Katie McHugh, who works at the clinic. “As a physician, I get mad because insurance companies deny claims. I’m not normally mad because my patients are being stripped of human rights.” (Diaz, 9/15)

In other abortion updates —

The signs, which also appear in Indiana, Mississippi, Ohio, South Carolina and South Dakota, point to a website — abortion.ca.gov — that informs users how to access an abortion in California, according to a statement Thursday. One image shows a woman in handcuffs next to the phrase “Texas doesn’t own your body. You do.” Another says “Need an abortion? California is ready to help.” (McGregor, 9/15)

A group of anti-abortion activists will continue to be banned from interfering with patients and providers at a reproductive health clinic outside Nashville, a federal judge has ruled. In July, protesters attempted to enter the clinic operated by the nonprofit carafem organization twice during a national conference of Operation Save America — formerly Operation Rescue, according to court documents. (Kruesi, 9/15)

Sen. Lindsey Graham (R-S.C.) put abortion back on Republicans’ agenda this week with a legislative proposal calling for a national ban on most abortions after 15 weeks of pregnancy. For many in his party, it was an unwelcome intrusion that could add to public unease with the party’s efforts to limit access to abortion as they look toward the midterm elections. (9/15)

As abortion bans go into effect across a contiguous swath of the South, cancer physicians are wrestling with how new state laws will influence their discussions with pregnant patients about what treatment options they can offer. Cancer coincides with roughly 1 in 1,000 pregnancies, most frequently breast cancer, melanoma, cervical cancer, lymphomas, and leukemias. But medications and other treatments can be toxic to the developing fetus or cause birth defects. In some cases, hormones that are supercharged during pregnancy fuel the cancer’s growth, putting the patient at greater risk. (Huff, 9/16)

Stat:
Q&A: A Physician And Ethicist On Difficult Decisions In Abortion Care

As new abortion bans are enacted around the country, physicians working with pregnant patients are facing potential ethical and legal dilemmas. (Gaffney, 9/15)

In other reproductive health news —

Ashley Steffen went under the knife about a month after the U.S. Supreme Court overturned Roe v. Wade in June, reversing the constitutional right to abortion. Steffen, 37, of Lansing, is among a growing number of women to seek a sterilization procedure known as tubal ligation in the months since the ruling in Dobbs v. Jackson Women’s Health Organization left abortion access up to states to decide. (Jordan-Shamus, 9/15)

PBS NewsHour:
Birth Control Options That Target Sperm Have Been In The Works For Decades. Are We Any Closer?

Drug development for new contraceptives is all about restricting a “target,” or function within the body, in order to prevent pregnancy, explained Gunda Georg, regents professor of medicinal chemistry at the University of Minnesota College of Pharmacy. That can be a nonhormonal option, like inhibiting a certain protein or disrupting the electrical currents sperm need to be viable, or one that interferes with hormone levels. The goal of most methods is to significantly suppress the development of sperm or interfere with their mobility to ensure they never meet an egg. (Isaacs-Thomas, 9/14)

Christina DeBusk May 31, 2022 Combining a low-level laser device with chiropractic can help patients achieve greater levels of improvement Research reveals that approximately 1.3 billion people globally have some type of musculoskeletal disorder. Low back pain is reported most often at 36.8%, with osteoarthritis and neck pain following closely behind at 19.3% and 18.4%,… 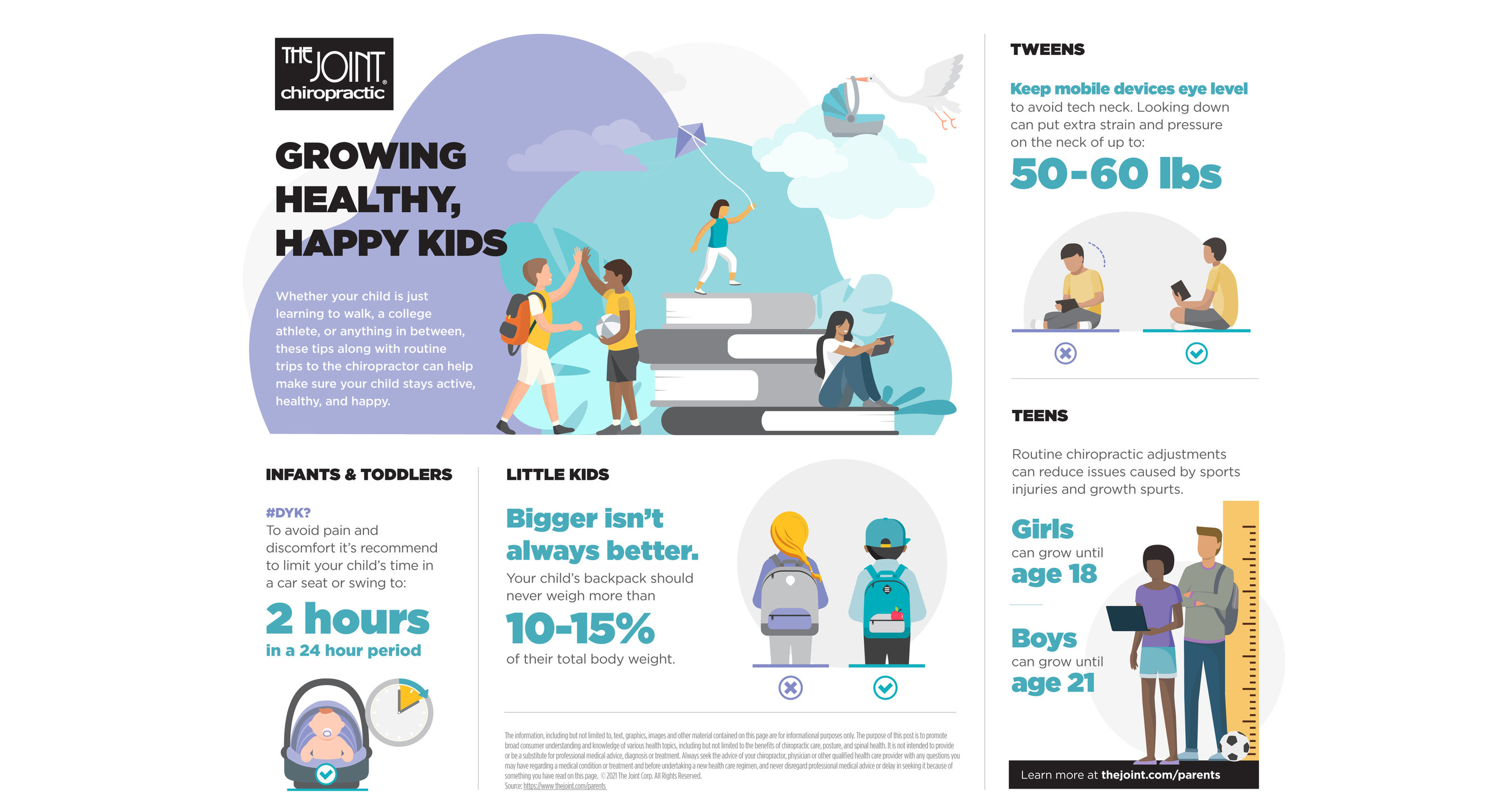 With a return to campus, students will spend long stretches of time seated at desks, which can impact their posture and back. Poor backpack habits, extended hours on the phone, tablet and computer (which can lead to tech neck), and even some extracurricular activities can take a toll on their bodies. For school-aged children and… 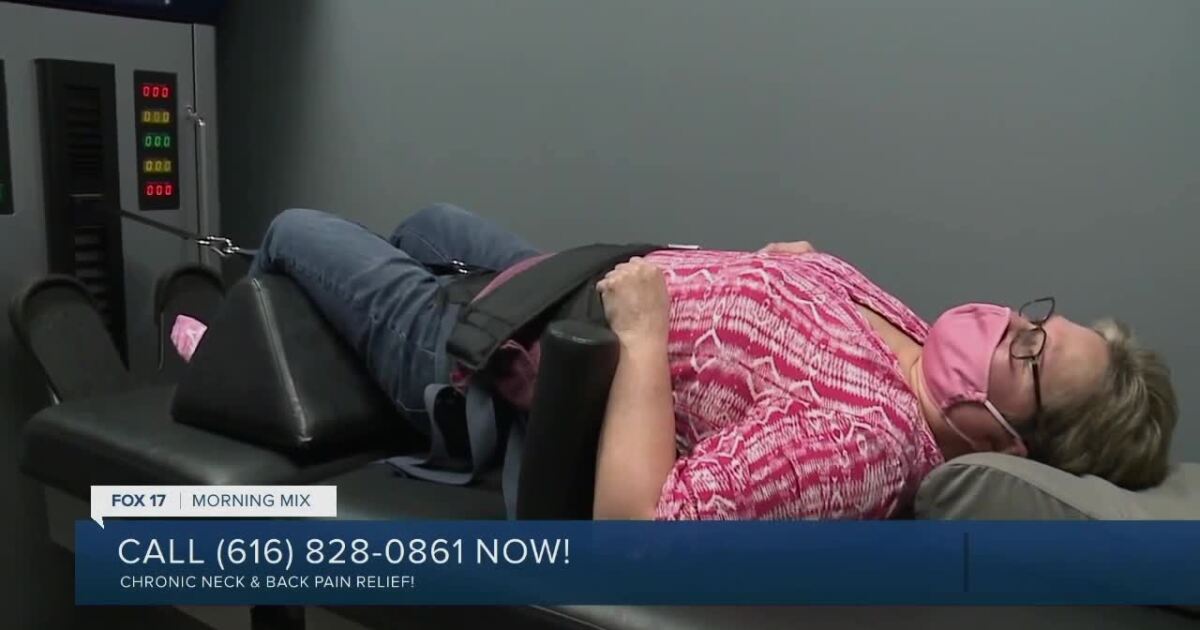