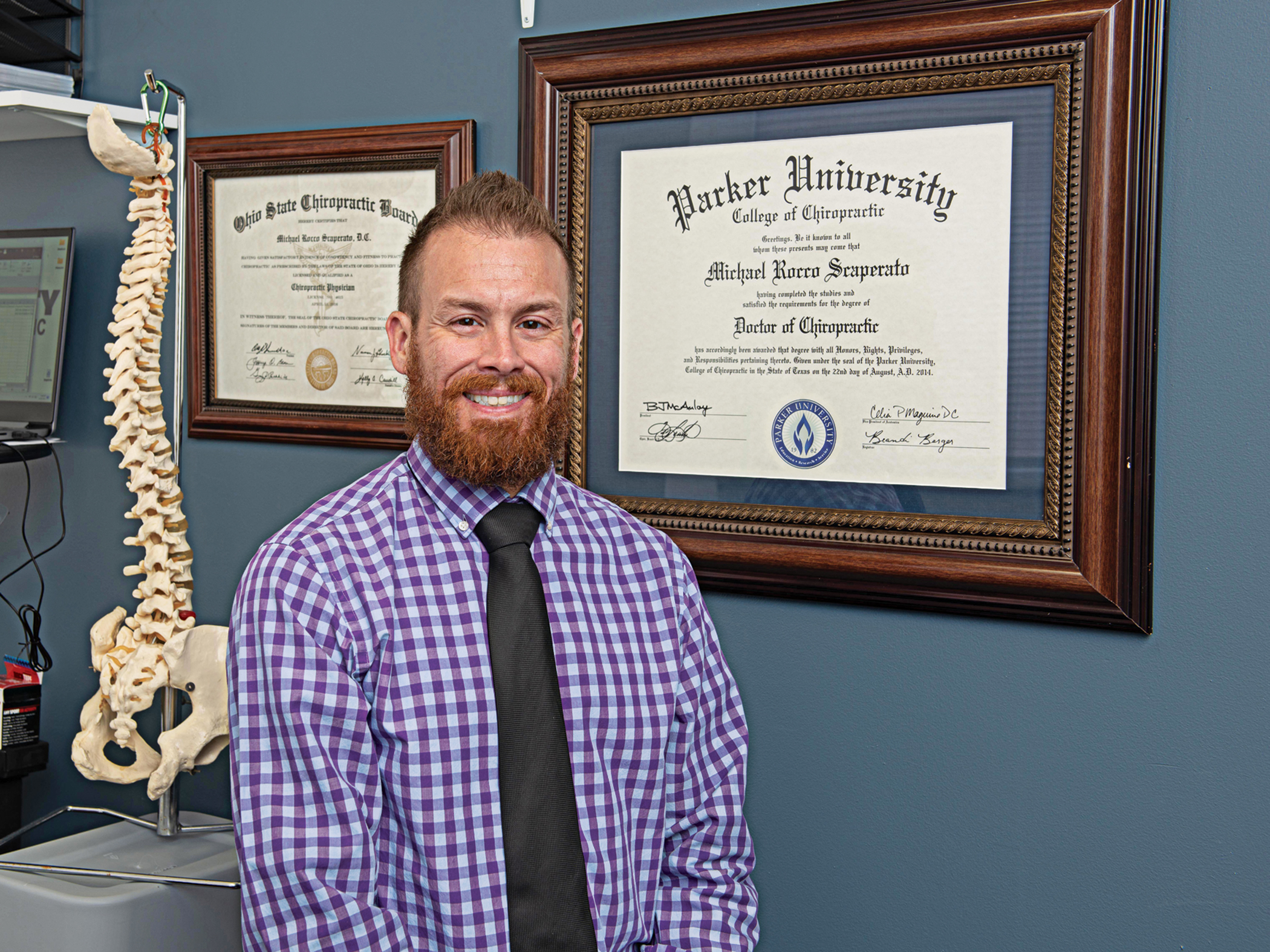 FAIRLAWN — Dr. Michael Scaperato, owner of Integrity Chiropractic Clinic, at 309 W. Market St., said he was introduced to chiropractic in a more dramatic fashion than most.
“I was born with cystic fibrosis, which is [a condition] that affects the lungs,” Scaperato said. “When I was in the fifth grade I developed a lung infection and wasn’t responding to traditional treatment. I was on the verge of a two-week long hospital visit and my parents took me to a relative who was a chiropractor.”
Following the chiropractic examination and treatment, Scaperato said he could sit up and take a deep breath “for the first time in months.”
“My breathing test scores at the hospital were higher than before I had gotten sick,” he said. “It made me want to help others.”
Scaperato earned a psychology degree from The Ohio State University and received a doctor of chiropractic in 2014 from Parker University in Dallas. He opened Integrity Chiropractic earlier this year.
“I have always known Fairlawn is a fantastic area with health-minded people,” Scaperato said. “I look forward to enhancing the health of people in the area.”
Scaperato said Integrity Chiropractic offers a range of options for addressing muscular-skeletal misalignments, including traditional chiropractic adjustments to remove interference on the nervous system; spinal decompression and traction; custom orthotics and dietary supplements; quantum integration — a technique to aid in finding the root physical, biochemical, emotional or bioenergetics cause of misalignments; and biofeedback, which measures different pitches in the voice to determine imbalances and aid with stress management, concentration and overall wellbeing.
Scaperato said he “looks at the body as a whole instead of bits and pieces.”
“Many people think chiropractic is just for pain and just for the back,” he said. “But we remove interference of your nervous system anywhere there is a joint.”
Scaperato said Integrity Chiropractic treats conditions that include back and neck pain; headaches and migraines; sciatica and scoliosis; spinal disc injuries; jaw pain; vertigo and dizziness; back pain and other issues related to pregnancy; and ear aches in children.
He added that chiropractic care can also enhance traditional medical treatment and shorten recovery time in some instances.
“A question we often are asked is, how old or young should you be to receive chiropractic treatment?” he said. “It can help at any age. The youngest [patient] I’ve seen was 8 weeks old. Of course we don’t treat a child the same way as an adult, but the birthing process itself can cause significant [misalignment].”
Scaperato said the mission of Integrity Chiropractic Clinic is to bring the same relief he was provided through chiropractic as a child.
“It is great to be able to help people,” Scaperato said. “Especially those who say ‘I’ve tried everything, nothing else helped, but you helped me.’ There is no greater sense of accomplishment than that; it’s my passion.”
Integrity Chiropractic is open Mondays and Wednesdays from 8:30 a.m. to 1 p.m. and 3 to 6 p.m.; Tuesdays from 3 to 6 p.m.; Fridays 8:30 a.m. to 2 p.m.; and Saturdays 9 a.m. to noon. The practice is currently offering a $79 first-visit special, which includes initial consultation, examination, X-rays if needed and first treatment.
For more information, call 234-334-7770 or visit www.integchiro.com.

Editor’s note: Advertiser features are provided as a service to the advertiser and our readers. They do not serve as an endorsement. All information comes directly from interviews with company owners or their representatives and from additional materials provided by them.

Almost every patient that has ever came into my office was hoping I can improve their physical pain. Whether it be in the in their back, neck or extremities. I don’t think I have anyone come in saying, “Doc, can you help make my brain feel better?” But maybe they should! Thanks to groundbreaking research… 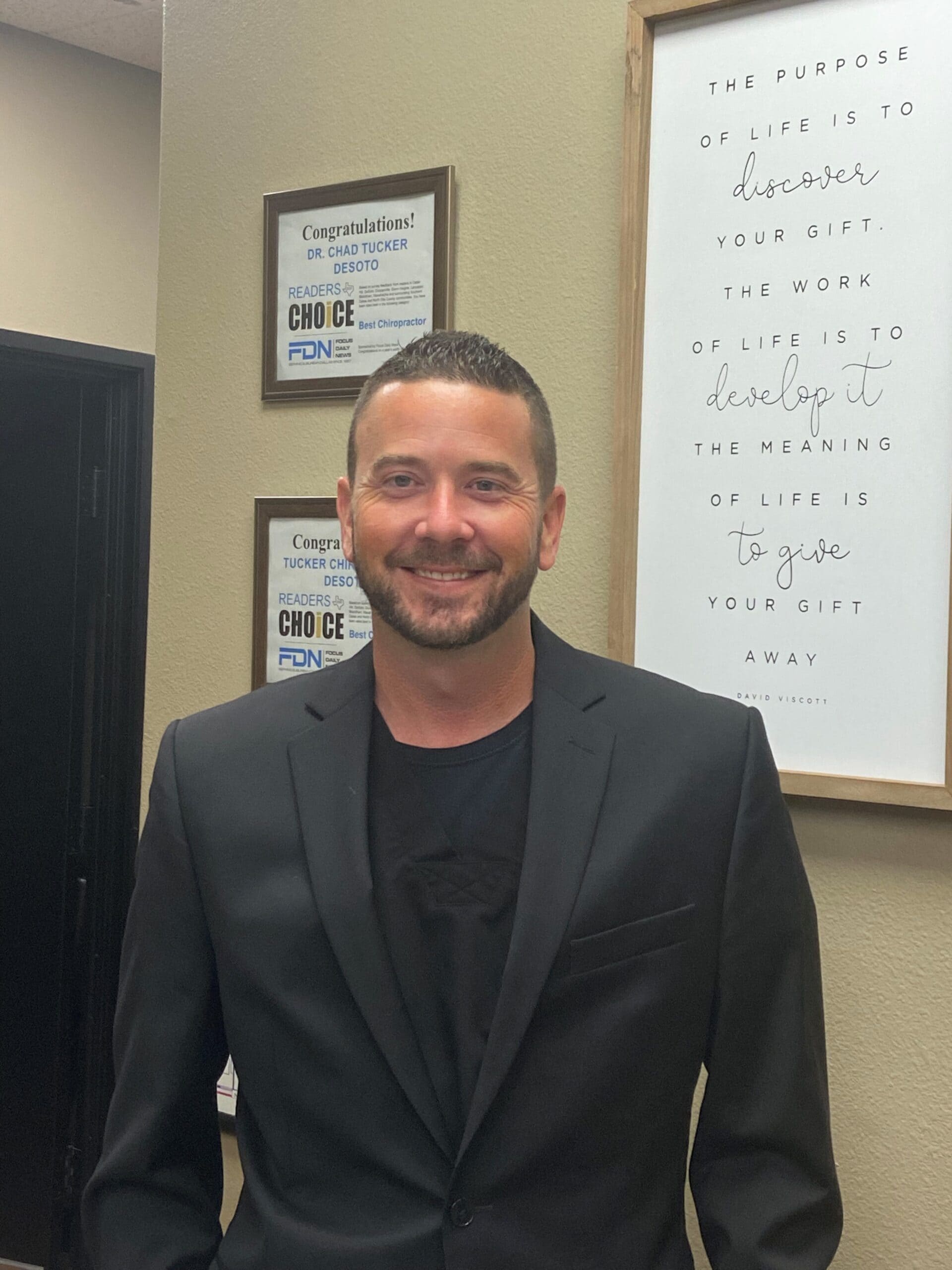 Facebook Twitter Pinterest Dr. Tucker Loves His Job And His Patients The reason Chad Tucker became a chiropractor is simple, really. He had a life-changing experience – literally. “I was preparing to start med school and was actually referred to a chiropractor by my family physician for a neck problem that I was experiencing. After…

Chiropractic Economics March 22, 2022 Adjacent segment disease, a known complication of spinal fusion, can also be caused by degenerative changes in the neck. Now, chiropractors from Chiropractic Doctors Association of Hong Kong (CDAHK) and Open University teamed up to explore spinal alignments and neurological pathology with the hopes of improving treatment. The team published a new…

Accident Care Chiropractic of Bend, OR, is happy to announce that they have recently opened their 16th chiropractor clinic in Bend OR. For auto accident injuries, they offer various services, including chiropractic adjustments; chiropractic therapy treatments; massage therapy; acupuncture; physical therapy; auto injury recovery; x-ray; and PIP insurance support. They have several recommendations for auto… 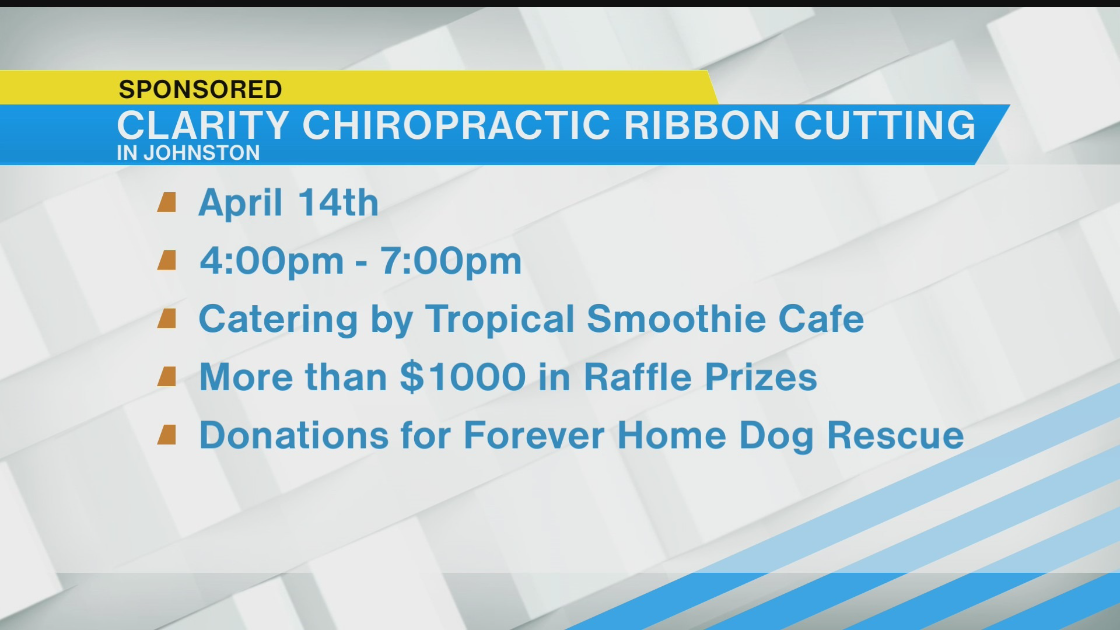