Tinker Ma LLC announced the promotion of Jessica Latour Stack to the position of partner with the architecture and design firm.

Stack’s project experience spans many industry sectors and states, including Tennessee, South Carolina, Kansas and Alabama, according to a news release announcing her promotion. Her recent projects include the award-winning renovation of the McMahan Law Firm and renovations for the University of Tennessee at Chattanooga and the UT Space Institute near Tullahoma.

Stack is also part of the planning and design team that recently received national recognition with a Congress for the New Urbanism Charter Award for the Westside Evolves mast plan developed for Chattanooga’s Westside and the redevelopment of College Hill Courts.

“Jessica is a truly gifted architect who has grown not only her reputation but also Tinker Ma’s stature in the community,” said Thomas Palmer, the principal architect for Tinker Ma LLC, in the same release. “We look forward to the many opportunities and successes that Jessica’s career will no doubt achieve.”

Dr. Brittany Steward, a Southeast Tennessee native, has joined the Joint Chiropractic, according to a news release.

Steward completed her bachelor’s degree with a pre-professional emphasis in biology at Tennessee Wesleyan University while being a dual-sport athlete in lacrosse and cross country.

She then earned her doctor of chiropractic degree from Northeast College of Health Sciences in upstate New York and graduated with honors and, while studying there, met a chiropractor who introduced her to biomechanics.

“I’ve always been a naturalist, and after suffering an injury and being reluctant to take medication, I received my first chiropractic exam and adjustment, and I knew what I wanted to do next,” Steward said in the release. “I’m passionate about helping people become the healthiest version of themselves and this desire led me to also pursue certification in functional medicine, whole foods nutrition and sport science for human performance.”

BlueCross BlueShield of Tennessee has named Daniel Gregory as vice president, controller and chief accounting officer, according to a news release.

In the position, Gregory oversees the development, implementation and maintenance of the company’s accounting processes and systems. His role includes accounting, external financial reporting, tax compliance and payroll functions for the company.

“Daniel is a proven leader who has demonstrated good financial stewardship on behalf of our customers and members,” said John Giblin, senior vice president and chief financial officer, in the news release. “I’m happy to see him take on this role.”

Gregory has been with BlueCross for five years, serving most recently as interim chief accounting officer. In 2017, he joined the company as director of accounting policy and research, where he led coordination efforts with external auditors on testing for the implementation of new accounting standards and complex transactions.

Before joining BlueCross, Gregory spent 10 years with Unum Group, where he served as assistant vice president of business planning and analysis.

He is a certified public accountant and graduated from the University of Tennessee at Chattanooga with a Bachelor of Science in business administration.

Shaw Industries has been recognized by the United Way of Northwest Georgia with the 5-Star Champion, Community Pillar and the Largest Dollar Increase awards for raising more than $1.5 million during the 2021 campaign season, according to a news release from the company.

Shaw is launching its Spring into Service 2022 United Way campaign, with volunteer events planned for associates throughout April.

Longtime Morning Pointe Senior Living associate Lauren Lee has been promoted to senior vice president of accounting and analytics, according to a news release.

In the newly created role, Lee will be responsible for data analysis and interpretation while maximizing return on financial assets by establishing financial policies, procedures, controls and reporting systems.

“Lauren has a keen eye for data detail and her ability to pull different data sets together to provide a clear picture of what that data is telling us is unequaled,” said Morning Pointe Chief Operating Officer Heather Tussing in a news release. “Her many years of service to the company and in-depth knowledge of people, processes and procedures make her invaluable to Morning Pointe.”

Lee’s promotion comes after spending her entire professional career — more than 12 years — with Morning Pointe. She began as an intern for co-founder and CEO Franklin Farrow, performing trend analysis work in the purchasing department during her senior year in college. Several promotions later, Lee most recently held the title of vice president of culture and talent for three years.

She received her bachelor’s degree in finance from Southern Adventist University and is a certified public accountant.

Information about new hires, promotions and business awards should be sent to [email protected] 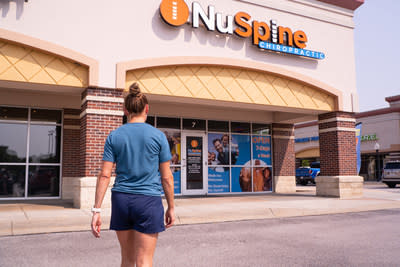 SCOTTSDALE, Ariz., Feb. 23, 2022 /PRNewswire/ — NuSpine Franchise Systems, LLC is an emerging brand in a proven wellness market that has grown to 199 area representative territories awarded and 48 franchise licenses awarded in two years. Explosive expansion has attracted many high level professionals to the franchise network and the corporate team. NuSpine has…

The new report by Expert Market Research titled, ‘Malaysia Cordial Drink Market Size Report and Forecast 2021-2026’, gives an in-depth analysis of the Malaysia Cordial Drink Market, assessing the market based on its segments like flavour, nature, types, packaging, and distribution channel. The report tracks the latest trends in the industry and studies their impact on…

New Jersey, United States,- The Chiropractic Software Market report covers the whole scenario of the global market including key players, their future promotions, preferred vendors, market shares along with historical data and price analysis. It continues to offer key details on changing dynamics to generate market improving factors. It aims to rationalize the expenses of the company. You… 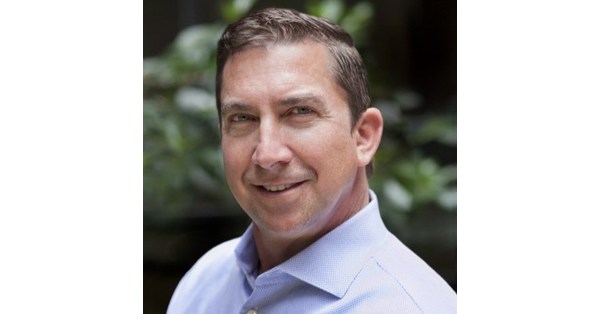 Miller has over three decades of experience in strategic store expansion. Prior to The Joint, Miller served as Vice President of Real Estate and Development at Veggie Grill. There, he was responsible for opening a record number of restaurants in 2019, including the company’s first in New York City and Boston. Preceding Veggie Grill, Miller opened…