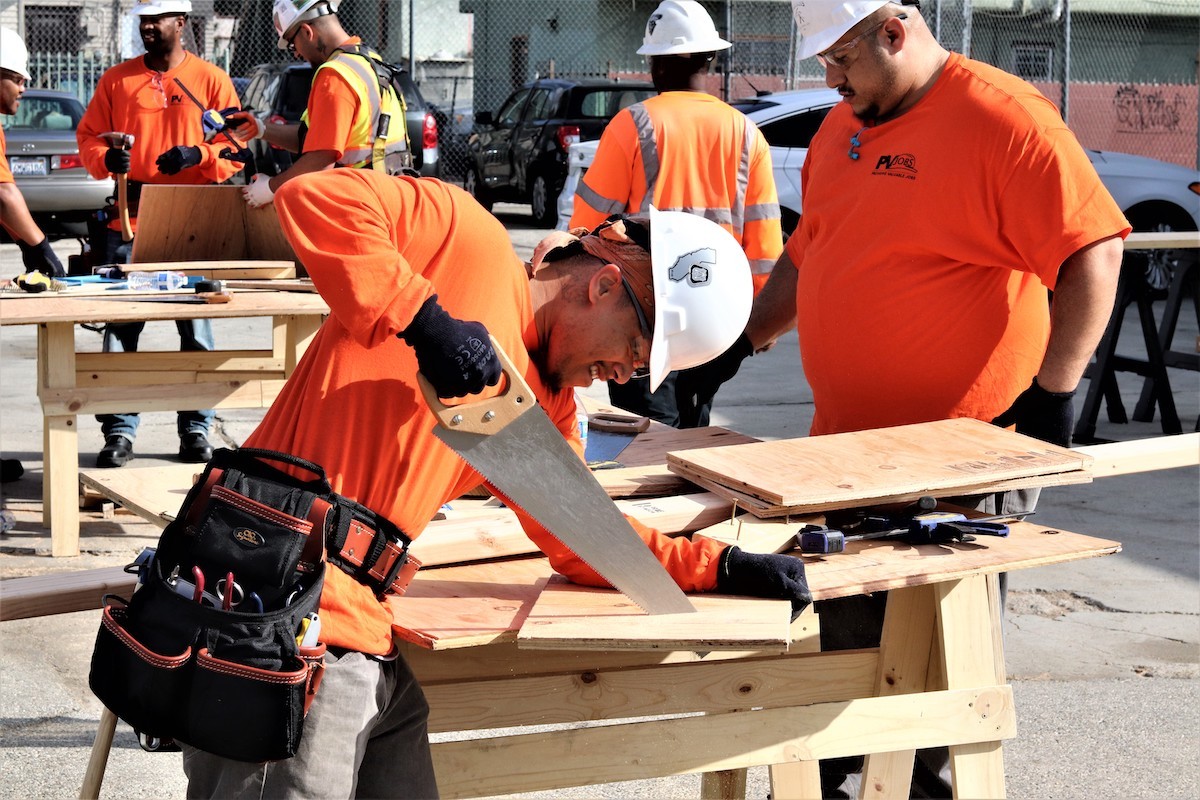 More than a quarter of formerly incarcerated adults are unemployed. One California program is working to change that.

In the early months of COVID-19, unemployment in the U.S. soared to over 14%, and some experts feared it would grow even closer to Great Depression highs of about 25%. While the latest figures from January show a return to pre-pandemic levels of 4%, for those recently incarcerated, those Great Depression statistics remain the norm. According to a report from the Prison Policy Initiative, formerly incarcerated people are unemployed at a rate of over 27%.

Playa Vista Jobs (PVJobs), a Los Angeles construction-focused jobs training program, has been helping those recently released from custody have a smooth reentry and find stable employment since long before the pandemic. They’ve been well-positioned — after shutdowns early in the pandemic, construction has been ongoing, with spending rising by 1.3% in January to an annual rate of $1.67 trillion.

PV Jobs’ signature initiative is the Hatch Program, a three-phased program aimed at preparing participants for a job in the construction industry or elsewhere. The program starts with a three-week incubator stage which runs Monday-Friday, 8 a.m.-3 p.m.

“That period helps re-center and open their minds to learning new things while healing past traumas,” explains Mary Taylor, the executive director of PVJobs.

The majority of trainees come to PVJobs after prison release, and many participants never graduated from high school. The program provides decompression time and job skills in a stable environment, including regular meals.

“It’s a family environment we create by serving meals — chocolate chip pancakes, breakfast burritos, BBQ and all sorts of filling meals,” Taylor says. “It creates a sense of trust. They put their careers in our hands and expect us to provide proper training and real outcomes for sustainable employment, and that’s what we do.”

After the incubator stage, they have a graduation where they invite friends and family.

“We look at them to be reintroduced to the community,” Taylor says. “We see tears just rolling down their faces and the family’s faces.”

Participants then move immediately onto a 500-hour journeyman carpenter training program across the street, which takes about four months. When they finish building a mini house to code, they’re introduced to employers where some may be sponsored into the union.

Many find jobs well before finishing the four months, but if not, PVJobs has a partnership with Southwest Carpenters that places them on a project site. A mentor visits sites once a week to ensure all is going well and they have long-term success. Some participants find that construction is not right for them after graduation, so they have options in other industries.

PVJobs started more than two decades ago, but was able to grow substantially after the Federal Department of Labor began funding five different programs in 2018. They have also received support from local regulatory structures, and other funders, including Clearinghouse CDFI, who helped fund the purchase and renovation of a headquarters building in 2009.

“Our mission is to support economic development projects that create jobs and services in disadvantaged areas,” says Douglas J. Bystry is CEO of Clearinghouse. “We believe everyone deserves the opportunity to strengthen their community and improve their quality of life.”

PVJobs serves as the jobs coordinator for many large public works projects that have to adhere to labor agreements that state their construction workforce must contain at least 30% local residents and 10% at-risk residents. Developers have since expanded those provisions to business tenants leasing those spaces, opening up an array of different jobs for PVJobs participants. They have two new sites in downtown L.A. at L.A. Plaza, including a Los Angeles Hilton-brand hotel.

There are currently 990 people actively enrolled in their 10 federal, state and local programs, including the Riverside Youth program funded by the county of Riverside for youth 17 and under who have not entered the criminal justice system. The idea is to show them adults are supportive. They also continue to focus on their core population of recently incarcerated adults.

“That’s one of the things PV jobs does exceptionally well,” Taylor says. “Engaging our participants and providing a safe space for them to take charge of their own transition back into the community.”

This story is part of our series, CDFI Futures, which explores the community development finance industry through the lenses of equity, public policy and inclusive community development. The series is generously supported by Partners for the Common Good. Sign up for PCG’s CapNexus newsletter at capnexus.org.

Hadassah Patterson has written for news outlets for more than a decade, contributing for seven years to local online news and with 15 years of experience in commercial copywriting. She currently covers politics, business, social justice, culture, food and wellness.

The flaws in the way the medical community treats depression can be overcome by studying inflammation and depression Many chiropractors understand just how flawed the medical system is; understanding just how poorly it addresses chronically ill patients should spur us to become proficient at supplying “non-chiropractic” solutions to “medical” problems such as inflammation and depression….

Dr. William Carr has joined Carr Chiropractic Clinic in Huron and will work alongside Dr. Wayne Carr, Dr. Joe Carr and Dr. Josh Carr. Carr graduated from Huron High School and then received his bachelor’s degree in Biology from the University of South Dakota. He went on to continue schooling at Northwestern Health Sciences University…

Chiropractic institutions must establish trust to bounce back from the pandemic in tackling how to survive COVID For as long as this pandemic has been around, we have gone up and down between periods of rising tension due to surges in infections punctuated by periods of hopefulness in which the worst appears to finally be… 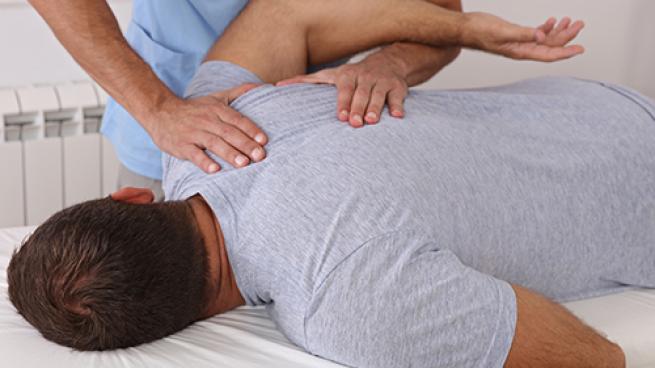 At a time when many food and consumables retailers are ramping up their health care products and services for consumers, some Walmart locations will feature The Back Space, a chain of retail health care centers specializing in chiropractic and spinal care services. The Back Space has revealed five of its planned 10 locations within a…