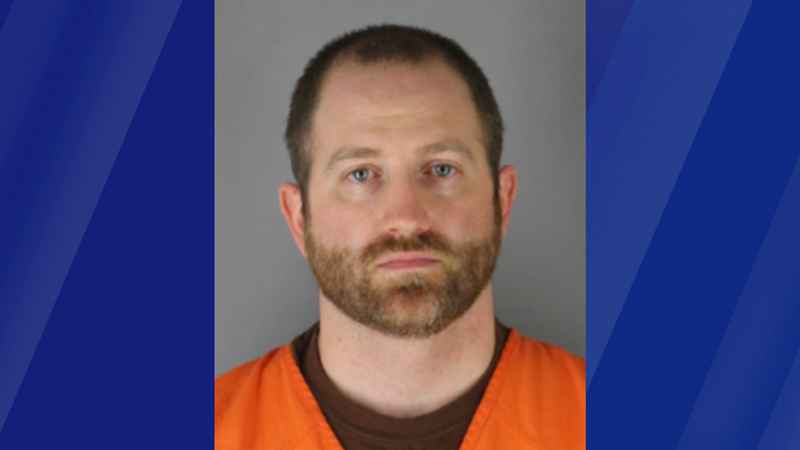 A local chiropractor is facing three new indecent exposure charges — one at the felony level — while awaiting sentencing on a plea agreement related to three other felonies and a misdemeanor for criminal sexual conduct and related charges.

A victim, KM, described two subsequent exposure incidents in March and August of 2020 to police, the complaint states.

In March, Cullinane, a chiropractor at ChiroCenter, had performed “electric stim” on KM’s neck and left the room before performing adjustments. He then turned KM on her side to adjust her hips and KM encountered Cullinane’s unzipped, underwearless semi-erect penis a foot from her face, the complaint states. KM stated that Cullinane was pushing down on her leg and she couldn’t move.

Cullinane’s demeanor changed during the indecent exposure, according to the complaint, as he began acting “weird, creepy, like overly-giddy.” KM wanted to leave the practice and had her hand on the door, but Cullinane kept talking; she “was trying to give him the benefit of the doubt,” but didn’t think the incident was accidental.

On Aug. 10, 2020, an incident occurred while the victim was walking to her car after an appointment. After getting into the driver’s seat, she looked up and saw Cullinane “standing completely naked” through a window, the blinds completely open. He was “shaking” his penis, according to the complaint. KM had trouble processing the encounter but eventually called friends. After the second incident, she went to Eden Prairie police.

Officers initially gave Cullinane the benefit of the doubt, too, but received a report on Feb. 16, 2021, of him placing his penis in a patient’s hand during a chiropractic visit.

The victim in the February incident, KS, told police she’d seen Cullinane monthly for two years and had “never felt uncomfortable around him,” according to a second complaint. KS told Cullinane she had pain near her thumb. Cullinane had her lie down with her arm over her head and told her to grab his fingers so he could adjust her arm.

KS felt something “that [didn’t] feel like [his] fingers” in her hand. Cullinane instructed her to rotate her wrist back and forth and she realized it was his penis she was holding, the complaint states. She sat up and turned to face him and saw him zip up his pants, acting normal. KS, in shock, called her husband and friend, then the police.

Cullinane was arrested for this incident at the clinic and charged with felony indecent exposure while restricting a person’s freedom and fourth-degree felony criminal sexual conduct — massage or bodywork for hire.

On Mar. 3, 2021, Eden Prairie police responded to another indecent exposure call where the victim, MM, described Cullinane performing “electric stim” on her back while his zipper was down and penis exposed, according to a third criminal complaint.

Cullinane had MM lay on her right side and bend her top leg as he leaned over her and pushed down on her body — his penis was “bending out of his zipper directly by her face,” the complaint states. MM said she was unable to look away due to her body position and Cullinane’s pushing.

MM was “kind of grossed out,” but stayed silent, giving him the benefit of the doubt, according to the complaint. However, upon learning about the two other cases against Cullinane, she felt “violated” by his actions.

ChiroCenter told 5 EYEWITNESS NEWS that Cullinane is no longer employed and provided the following statement:

“When ChiroCenter was made aware of the allegations against Dr. Riley Cullinane he was immediately removed from the premises on 02/16/21 and ChiroCenter fully cooperated with the police to investigate the allegation. ?Dr. Cullinane has not returned to the office since that time. After following protocols for dismissal, he was officially terminated on 04/22/21.

We are still shocked, saddened, disappointed and angry about his behavior. Our clinic has never experienced this in our 35 years of business. We adhere to all professional codes of conduct per the MN Board of Chiropractic Examiners and are also members of MN Chiro Association.”

On Tuesday, he entered a guilty plea agreement for the 2021 exposures and was ordered to undergo a psychosexual evaluation, according to court records.

A recent market research report added to repository of Healthcare Market Reports is an in-depth analysis of global Chiropractic Care market. On the basis of historic growth analysis and current scenario of Chiropractic Care market place, the report intends to offer actionable insights on global market growth projections. Authenticated data presented in report is based…

Dr. Jay Greenberg opened Red Wing Chiropractic Clinic 45 years ago this month and is happy that his practice has remained a popular, drugless form of health care. “I was busy from the first day I opened in 1977 – actually I was busy before that,” Greenberg said. “Somehow people had heard that we were…

SCOTTSDALE, Ariz., May 23, 2022 (GLOBE NEWSWIRE) — The Joint Corp. (NASDAQ: JYNT), the nation’s largest provider of chiropractic care through The Joint Chiropractic® network, acquired four previously owned franchised clinics for $5.8 million on May 19, 2022. “We are expanding and strengthening our corporate portfolio in the Scottsdale/Phoenix region,” said Peter D. Holt, President and… Dr. Jesse Burrini discovered chiropractic as a football player at Lenape Valley High School. “My chiropractor would meet me at 7 a.m. in Byram before football games,” he said. “He helped me so much and, ultimately, going into a naturopathic field became my calling. I wanted to help people the way that he’d helped me.”…