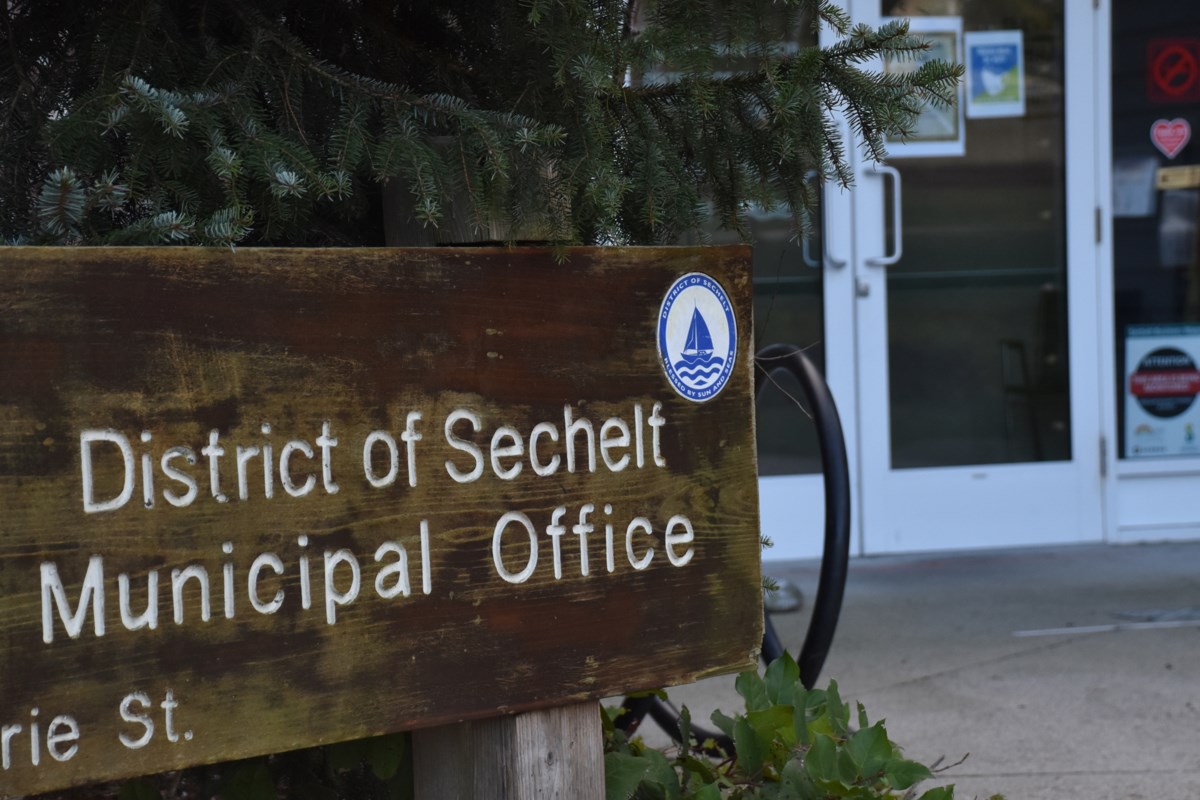 A bylaw up for three readings seeks to amend the business licence bylaw to make it more difficult for sex traffickers to start up operations in Sechelt, but the District of Sechelt council has sent it back to staff for now.

Resolutions made by council on April 6 also decided to have staff take online training offered by the BC Office to Combat Trafficking in Persons. By the Aug. 3 council meeting, one staff member completed the training and another four were scheduled to do so by the end of 2022. Letters to raise awareness of Cathy Peters’s Be Amazing campaign were to be sent to the RCMP, local school district, Restorative Justice, Vancouver Coastal Health, the federal and provincial governments as well as several local services.

The changes came forward after Peters presented her Be Amazing campaign in 2021. Peters, a former teacher, has been making the same anti-sex trafficking and anti-exploitation presentation to a number of organizations, including municipalities and regional districts, throughout the province for years. According to her website, “Cathy’s goal is to ‘traffick-proof’ every community in BC and to prevent the full decriminalization of prostitution in Canada.”

The Town of Gibsons and the Sunshine Coast Regional District also received the presentation in 2021. While the SCRD has no business licence bylaw, Gibsons mayor Bill Beamish later reported on a meeting with the Minister of Public Safety at the Union of B.C. Municipalities last September, where he requested the province, RCMP and municipal police target and prioritize efforts to combat and prevent sex trafficking, prosecute offenders and include a public awareness campaign to inform schools, young people and families about ways to prevent sex trafficking in B.C.

At the time, Beamish reported “Minister Farnworth acknowledged our concern and informed that the Ministry has established a Human Sex Trafficking working group to examine ways to target this activity.”

But not every local government has been on board with Peters’s campaign. At a June 27 meeting of Bowen Island’s municipal council, council members expressed discomfort, saying it didn’t seem like municipality business. Councillors said nobody should be exploited, but sex work should not be further criminalized, so as not to further drive it underground and put more people at risk. Bowen’s mayor, Gary Ander, said he was not “enamoured” with the recommendations to write letters asking for funding for provincial law enforcement and an awareness campaign, to the Federal Justice Minister, and recommending Peters as a presenter to the Lower Mainland Local Government Association. Instead, they let the motion die on the table.

Sechelt staff said their research did not find many communities in the province that have implemented such changes through their business licensing bylaws, except for the City of White Rock and the City of Port Moody. The regulations before Sechelt council include requirements around physical space, lighting and visibility of rooms from other areas of a facility doing “body work”, as well as information business owners must share about their staff upon request of the licensing operator. Medical professions, therapeutic chiropractic treatment, registered massage therapists or other services that have a regulatory body overseeing them would be exempt.

Coun. Matt McLean said it was nice to see the bylaw address a potential problem, get ahead of it and make the connection between business and sex trafficking. He also said a few parts of the bylaw seemed to be going too far, such as age requirements restricting young people’s ability to do training or preventing young customers, and the facility requirements. Staff said it is the unregulated businesses that are the focus of the proposed amendments. Coun. Alton Toth asked to replace gendered language with gender-neutral pronouns.

While McLean wanted to scratch sections of the amendment, council moved unanimously to send it back to staff.

Two Gatesville High School students who are also participants in the Coryell County AgriLife Extension Office 4-H program, junior Thiele Alvarado and seventh-grader Anna McPherson, both gave presentations to the Gatesville Exchange Club on May 12. Alvarado’s presentation was on why it is good to pursue a career as a chiropractor, and McPherson focused on…