Two years after initially filing a lawsuit, federal and state regulators on Monday shut down what they called a “predatory debt collection operation” in Getzville, saying it “used deceptive and abusive tactics to illegally collect millions of dollars from hundreds of thousands of consumers.”

The U.S. Consumer Financial Protection Bureau and State Attorney General Letitia James said the businesses inflated the amount of debt that was owed, falsely threatened harsh consequences if consumers didn’t pay up and harassed victims by contacting their friends, family members and employers. Those actions violate both federal and state debt collection and consumer protection laws.

The operation was comprised of five companies, all owned by chiropractor Dr. Scott A. Croce and his wife, Susan, and by sales professional Christopher L. Di Re, who co-owns a Williamsville water filtration business. The entities were managed by Brian J. Koziel and Marc D. Gracie.

“This debt collection operation used illegal and deceptive tactics to prey on consumers, and now they are paying the price for the harm they caused,” James said. “Predatory debt collectors make their profit by targeting hardworking consumers and then illegally saddle them deeper into debt. These debt collectors used harassing calls and false threats to coerce consumer to pay, actions that are both illegal and downright shameful.”

The News’ Buffalo Next team covers the changing Buffalo Niagara economy. Get the news in your inbox 5 days a week.

Under terms of the stipulation agreement with regulators, the owners and managers will pay $4 million in penalties and damages – equally split between the federal and state agencies – and are permanently barred from the debt collection industry.

The agreement permits Gracie to work for a company providing telephone and internet services that indirectly serves a debt collector, while also allowing the parties to still collect debts owed directly to them as a landlord.

“It is illegal for debt collectors to orchestrate smear campaigns using social media to extort consumers into paying up,” said CFPB Director Rohit Chopra. “Our action with the New York Attorney General bans the ringleaders of this operation from the industry to halt further misconduct.”

The settlement resolves a prior lawsuit that regulators filed against the companies, owners and managers in September 2020 and again in December 2021, alleging 14 violations of federal and state laws. The defendants neither admitted nor denied the allegations as part of the settlement, but have set aside $1 million of the fine in escrow. If they do not pay the full amount of penalties within six months, they must pay an extra $1 million penalty.

“Today’s action should send a strong message to debt collectors nationwide that we will not hesitate to use the full force of the law to hold them accountable if they hurt consumers,” James said.

Croce is the founder and clinic director of Erie County Chiropractic, which he started in 1996 and which operates offices in Buffalo and Amherst. He is the brother of Mark Croce, the prominent former Buffalo restaurateur, entrepreneur and developer who died in a January 2020 helicopter crash. But Scott Croce has also developed buildings in Buffalo.

This is the latest in a long line of actions taken by state and federal regulators against companies engaged in illegal debt-collection practices – many of them in the Buffalo area. James’ office last year banned debt collector Andrew Fanelli and his Northwood Asset Management Group from the industry, and won a $60 million judgment against Douglas MacKinnon in 2019.

In the current case, according to regulators, the businesses bought past-due consumer debt “for pennies on the dollar,” and then sought to collect on the debts from as many as 293,000 consumers. The defaulted debt consisted of personal loans, payday loans, credit cards and other loans, and the operation generated about $93 million in gross revenues from 2015 to 2020.

Regulators asserted that collectors working for the companies falsely threatened to have consumers arrested and jailed for not making payments, and also threatened to take other legal action, such as garnishing wages or seizing property.

They also lied about how much was owed, inflating the amount to convince people that paying the actual amount was “a substantial discount.” They said the offer was only available for a limited time, “to coerce consumers even further.” And they “used insulting and belittling language and engaged in intimidating behavior.”

The firms called consumers “multiple times every day” for a month or more, and let consumers hang up each call so they could claim they were disconnected and try again the next day. They also conducted what regulators and victims called “smear campaigns” and “emotional terrorism” by contacting immediate family members, grandparents, in-laws, ex-spouses, employers, colleagues, landlords, Facebook friends and others – even after being told to stop.

And they either failed to provide – or even refused to provide when asked – notices of consumer rights as required by debt collection law.

Must-read local business coverage that exposes the trends, connects the dots and contextualizes the impact to Buffalo’s economy.

Chiropractic Kinesiology, Dr. Timothy Francis, Has Found and Uploaded an Archive Footage of a 1992 Interview That Talks About the Uses and Importance of Applied Kinesiology Currently, there are many solutions that physicians and specialists provide to prevent injury, and disease and improve health and wellness. Research has shown that non-invasive procedures are preferable compared… 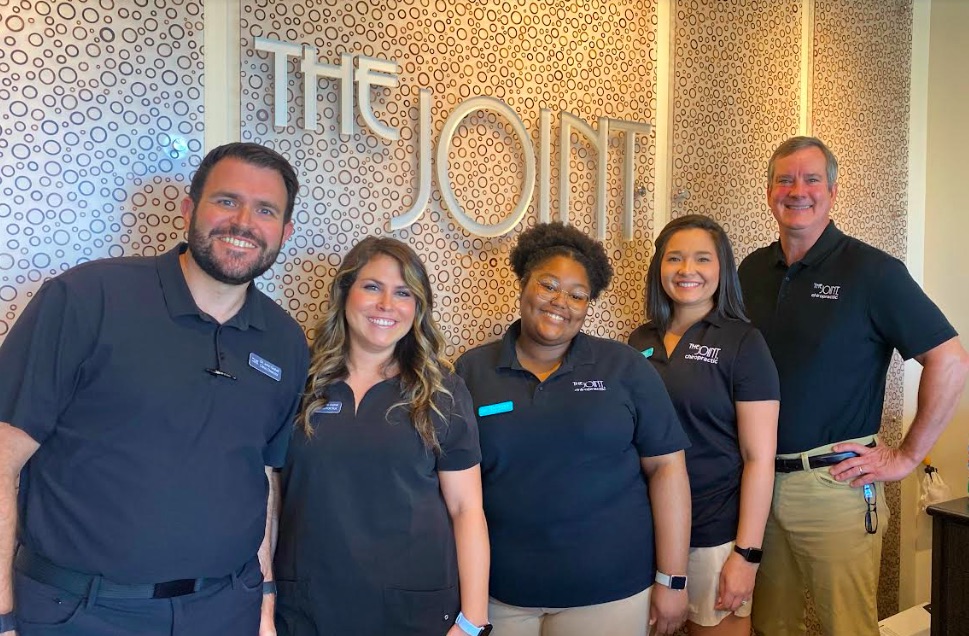 July 22 will mark the first-year anniversary for The Joint in Carrollton. The business that offers chiropractic care opened in the McIntosh Plaza a few doors down from Publix and has had an amazing first year. “We are thrilled with our first year and have been so pleased with the reception we have received from… 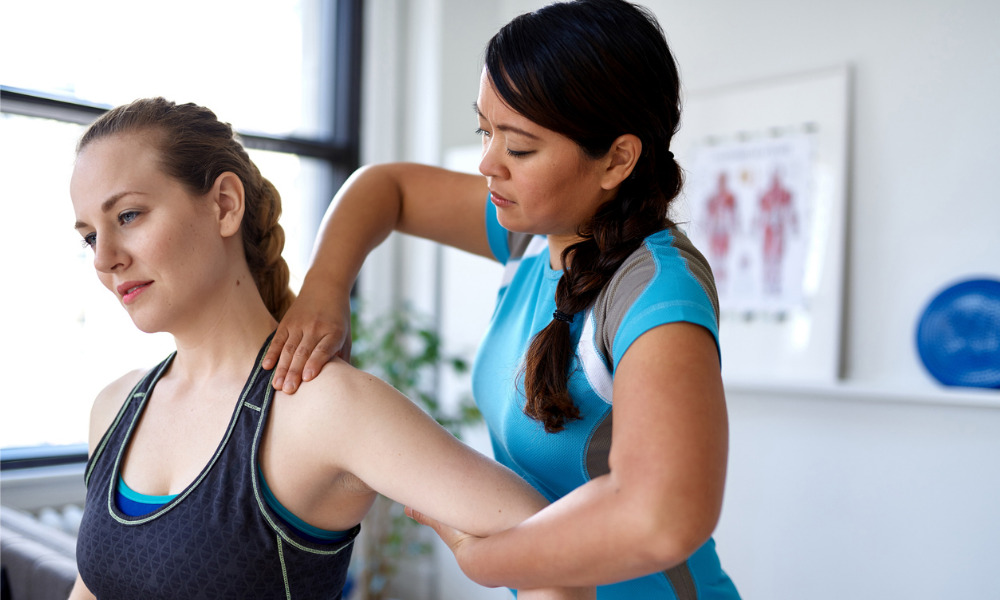 “An increasing number of musculoskeletal problems have developed as a result of the working-from-home requirements over the past couple of years. A lot of time and money and resources go into making sure people have the proper chairs to sit on, that they have ergonomic equipment, that they have education available: a lot of that… 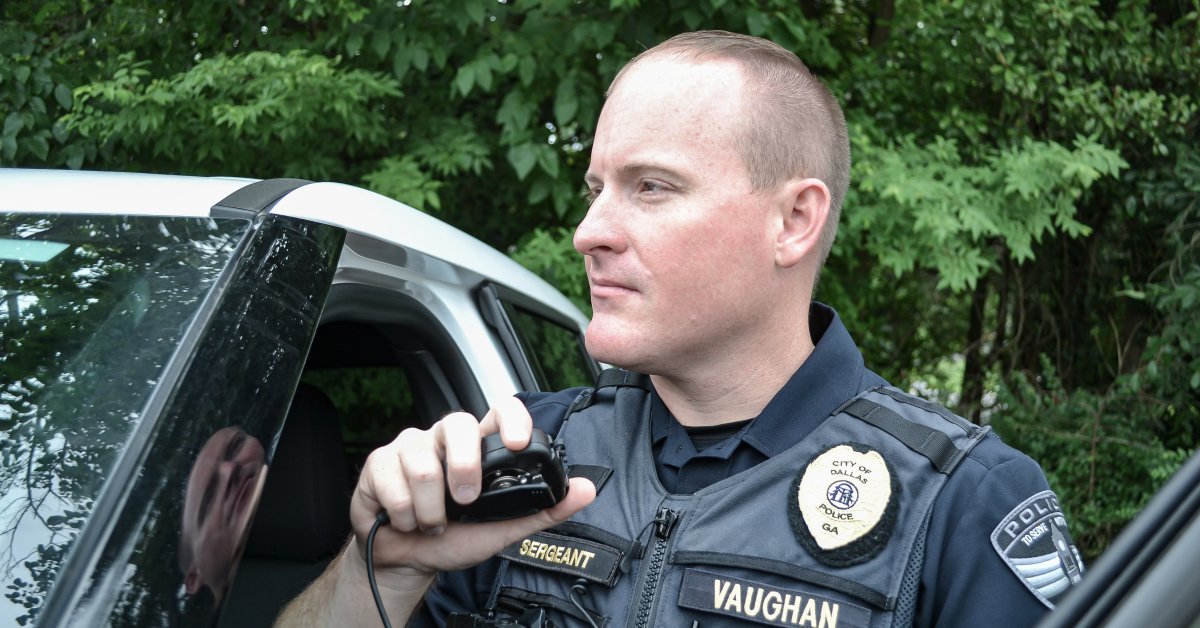 There were moments in the past few years when Police Sgt. Brian Vaughan would have tried almost anything to break the cycle of sleeplessness that wore him down—to wash away the images, sounds, and smells of violence that stuck to his memory, and ease the constant pain that was shooting through his back. At one…