Anyone who knew Dr. Mike Seibert knew he was very passionate about a few things…his family, sports and chiropractic care. In fact, most conversations you had with him ended up coming back around to one of those three things. Sometimes all of them.

Following his untimely passing in April, there were many questions left unanswered about the future of his Madisonville-based Chiropractic Clinic. Would the clinic stay open? Where would his patients go?

Even before he began his short battle with cancer in December, Dr. Mike had already started planning for the future.

“Mike had a vision for his practice to live on,” said Tina Seibert, Dr. Siebert’s widow. “He decided several months ago to become a preceptor to a graduating chiropractic student. He was able to start the process by becoming Dr. Blake Taylor’s preceptor. Dr. Seibert saw this as a way to be able to reach more people and provide them with quality care.”

A preceptor is someone who teaches another about a trade or business. In this case he would bring a young chiropractor under his wing and teach him the business.

“He also felt that as he got older, having a younger chiropractor in place would help the practice to live on,” said Tina. “Although things unexpectedly changed, he was very glad that Dr. Taylor was going to be there to ease the process somewhat.”

For Dr. Mike, his employees at the clinic and his patients were like family. As his conditioned worsened, he adamantly wanted to make sure that his chiropractic family was taken care of. Even when he knew he might not be there any longer to serve as a teacher and mentor, he still wanted that young doctor to join that family.

Although Dr. Mike wasn’t there to greet him, Dr. Taylor officially arrived at the clinic on May 11, where he joins Dr. Marina McCay on staff.

“I worked with Dr Mike Seibert for 20 years,” said Dr. McCay. “I am very thankful to have Dr. Taylor in our office to help me keep Dr. Seibert’s vision for this practice alive.”

Coming in, Dr. Taylor is aware of the impact Dr. Mike had on the community, and the vision he had for the clinic that continues to carry his name.

Area sports fans probably remember Dr. Mike, not just from his clinic but from being actively involved in local sports for many years. Even as recently as November he was on the radio helping with broadcasts of Hopkins County Central High School football games.

Dr. Taylor is also an avid sports fan, although his primary love might be a little different from that of his predecessor.

“Motocross is my passion,” he said. “I would love to keep that passion alive in the town of Madisonville.”

It was actually his love of motorcycle racing that brought he and Dr. Mike together. Taylor has worked for several years teaching motocross school in Sebree, just a few miles up I-69 from Madisonville, and it was there that he became friends with several Madisonville residents. Those connections eventually led him to Dr. Mike, and brought him to Madisonville.

“When I’m not at the Chiropractic Office I’m usually coaching motocross schools or doing anything adrenaline filled,” said Taylor.

Taylor completed his undergraduate work at Austin Peay in Clarksville, and is currently enrolled in the doctorate program at Logan University. He will will graduate in December.

The Clarksville, TN native will keep regular hours at the clinic on Monday, Tuesday, Thursday and Friday from 8:30 a.m. until 5:30 p.m. 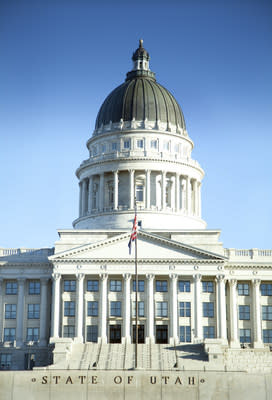 BOSTON–(BUSINESS WIRE)–Mar 17, 2022– Audax Private Equity (“Audax”) today announced that it has entered into a definitive agreement to sell Lifemark Health Group (“Lifemark” or the “Company”), a leading provider of physiotherapy, rehabilitation, and medical assessments in Canada, to Loblaw Companies Limited (TSX: L) (“Loblaw”). Headquartered in Toronto, ON, Lifemark is a leading provider of…

Chiropractic Economics August 15, 2022 Cleveland University-Kansas City (CUKC) is celebrating its centennial this year, 2022, marking a century of health care education. In honor of this historic event, the university will host the Cleveland Centennial & Midwest Annual Conference and Expo, Oct. 20-23, 2022. The weekend will include more than 30 presenters who will…

EXIRA — There was a lot that was new for Chase and Brenna Petersen in January. Their new business, The Stalk Chiropractic & Health at 106 West Washington Street, Exira, had a grand opening on Jan. 3, and according to their Facebook page, offers “comprehensive chiropractic care,” identifying the source of a patient’s problem, and…