FROM 2018-20 WE SAW AN OVERALL LEVELING OF FEES AND REIMBURSEMENTS. This year, we’re seeing little ups and downs here and there (with a few exceptions), but for the most part the numbers indicate the chiropractic industry has weathered the COVID storm of 2020 and is ready to forge ahead. Given the rise of the Delta variant and the increasing number of COVID “long-haulers” for whom COVID has become a chronic condition, the U.S. is primed for an increase in the number of people seeking out holistic, non-drug solutions to chronic pain and other health issues according to the latest Chiropractic Economics Fees & Reimbursements Survey.

Our annual Chiropractic Economics Fees & Reimbursements Survey went out in August, when new COVID sanitation and prevention protocols were well in place. Schools were opening back up, too, albeit cautiously, typically with masking recommended but not required. As of Aug. 30, only seven states — Hawaii, Illinois, Louisiana, Nevada, New Mexico, Oregon and Washington — still require masks in most indoor places regardless of a person’s vaccine status, while some states such as Texas and Florida expressly banned mask-wearing in government locations and/or schools, and in public mask-wearing has largely become a matter of personal choice.

As a health care provider, you are likely still using personal protective equipment (PPE) such as masks, face shields, hand sanitizer and more. While it varies widely whether patients will agree with your disease prevention protocols, the rapid spread of the Delta variant will undoubtedly lead most of your patients to appreciate your precautions. According to the Centers for Disease Control (CDC), this variant is more than twice as contagious as the original strain, and current data suggests it causes a more severe illness in unvaccinated people (and vaccinated people can still spread the virus, adds the CDC).

Our survey results show slight declines and upticks here and there with fees and reimbursements, suggesting that chiropractic has successfully survived the chaos that came with COVID-related closures and restrictions. This flattening comes after a slow decline up until 2020, when average fees settled at $60; this year’s average fee is up a bit, to $64. Reimbursement averages increased from $41 last year to $44 this year, for a reimbursement rate of about 69%.

One 2021 development we’re keeping a close eye on that could impact fees and reimbursements in the future is the introduction of HR 2654, the Chiropractic Medicare Coverage Modernization Act of 2021, sponsored by Rep. Brian Higgins (D-NY). This act would increase Medicare coverage of services provided by chiropractors within the scope of their licensure, meaning chiropractic patients could seek some covered services from chiropractors rather than MDs.

As always, our survey is subject to statistical variation, and all figures herein presented should be considered approximate. Normal fluctuations in most categories occur year over year, and we suggest that our results are best used for spotting general trends to guide strategic planning.

Below you will find a few key points from this year’s Fees & Reimbursements Survey:

The West led regional reimbursement rates in last year’s survey, and that trend continues this year; it tied with the Midwest in reporting the highest reimbursement rate in 2021 at 67%. The South followed close behind at 63%.

As usual in this survey, most DCs (71%) work solo, with no other DCs in the office. When asked what type of specialists they work with in their practice, the largest number of chiropractors, also as usual in our survey, said “none” (54%). The other half reported a variety of specialists, the most popular being licensed massage therapist (34%, the same as last year) and acupuncturist (7%, a little bit down from last year).

How patients pay you

According to our 2021 data, 45% of chiropractors offer patients payment plans; pre-payment plans are offered by 37%. Discounts for cash continue to be a popular choice; the same as last year, our survey results showed that about 28% of DCs offer this type of payment plan.

Across the nation, average fee and reimbursements among chiropractic practices continue to vary by region. The West and the Midwest reported the highest reimbursement rates in 2021 at 67%. The South followed close behind at 63%, trailed by the East at 62%.

Average overall fees ($64) and overall reimbursements ($44) stayed the same this year, so the reimbursement rate holds steady at 69%.

The West reported the highest average fees: $72, down a bit from $75 last year.

From 2020-21 we observed a small increase in both fees and reimbursements. Overall reimbursement rates ticked up from 67% last year to 69% this year in the Chiropractic Economics Fees & Reimbursements Survey.

The last three years’ reimbursement rates have hovered between 64-70%; this year we saw the numbers remain among those averages. This year’s results indicate a fairly stable chiropractic market for the time being.

The chaos of 2020’s pandemic-related closures and restrictions seemed to pose a threat to the welfare of chiropractic practices at the time, but the relative stability of the numbers that year, and their slight uptick this year, suggest that chiropractic was, and continues to be, well-positioned as the type of health care provider of choice for a growing number of people.

Among our survey participants this year, slightly more than 20% reported operating in a group setting.

We had about the same number of responses from associates this year, nearly 6%, and about 3% indicate they’re working as independent contractors in a practice. At 71%, up from 2020’s 65%, DCs with solo practices made up the vast majority of our survey respondents.

Reimbursement rates in group practices decreased slightly from last year’s 62% to 61% this year, and solo practices increased from 71% to 73% over the same period.

The ebb and flow of reimbursements in the chiropractic field often mirrors what’s happening in the health care industry as a whole, albeit to a different or lesser extent. These parallels can be seen when evaluating the common codes shared by DCs and MDs alike, specifically the set of codes for the evaluation and management of new patients, including 99202, 99203 and 99204. (In 2020, code 99201 was merged with 99202. An additional code, 99205, is also in the new-patient set of codes, but was not included in this year’s survey.)

In 2021, DCs (per this survey) and MDs (according to 2021 insurance company estimates, the latest figures available) reported mixed reimbursements on average for the three codes noted above. MDs were seen to be reimbursed at a higher rate for codes 99202, 99203 and 99204.

While both industries bill for these codes, the results consistently illustrate a cleft dividing the industries. Because the MD data obtained applies solely to reimbursements, our comparisons will be limited to DC reimbursements as well. The breakdown of specific codes in 2021 is as follows:

In spring 2021, our annual Salary and Expense Survey showed multidisciplinary and integrated practices achieving success, and increased salaries and reimbursement rates have followed. That said, chiropractors who have been in the industry longer have seen the larger paychecks that come with more experience.

Those salary survey participants with specialists working within their practice reported average total compensation of more than $161,000, compared to the $122,000 reported by strictly solo operations in the Chiropractic Economics Fees & Reimbursements Survey.

Although we saw an increase in survey participants reporting as franchises over the three years prior, we saw the percentage drop in 2019 to 5% and again in 2020 to less than 1%. This year, 0.5% of our survey respondents identified their chiropractic business as a franchise.

The very small number of responses for the franchise category may suggest that the popularity of franchise ownership is waning, but the increasing number of locations of chiropractic franchises such as NuSpine and The Joint suggests otherwise. It is impossible for us to tell definitively without a larger survey sample. For this reason, we are unable to draw any solid conclusions about chiropractic franchising from the results of this year’s Chiropractic Economics Fees & Reimbursements Survey.

For cash-based practices, average fees were reported at $64, the same amount as overall average fees. In 2019, cash fees came in at $61, then decreased to $60 in 2020, so this year’s data serves as an indication that cash collections are up a bit from last year.

This year we asked what percentage of your collections is cash-based to dig deeper into this type of practice. About 30% answered that their practice had 25% or less cash income. Twenty-eight percent had 26–50% cash, 14% had 51–75% cash, and 13% had 76–99% cash collections. Slightly more than 13% of respondents reported receiving 100% of collections in cash.

Your typical cash-only practice respondent is male (72%), with women making up 27% of this group (1% of respondents declined to report a specific gender). Of cash-based survey participants:

Over the past few years the number of female survey respondents has hovered around one-quarter of all participants. In 2019, we saw an all-time high of 30%. In 2020, that number dipped slightly to 28%, and it dipped slightly again this year to 26.8%.

Interestingly, when asked about which additional modalities they offer, both men and women reported the same top three modalities: Instrument adjusting (61%), ultrasound (49%) and electrotherapy (44%) were the most popular. Rounding out the top five were nutrition (43%) and, in a tie for fifth place, exercise and flexion distraction (38% each).

The number of DCs offering payment plans to patients this year decreased a bit (45% in 2021 compared to 49% in 2020). Historically in this survey, this percentage fluctuates up and down, but is always near 50%.

A significant number of chiropractors also offer discounts when patients pay in cash. The same as last year, this year 28% of DCs reported they have a discount-for-cash plan in place.

Interestingly, a final response choice, “negotiation per case,” came in at just over 20% — but came in at less than 1% last year, likely influenced by the pandemic.

Every year, we ask doctors of chiropractic to report on three additional codes: 95851 range-of-motion testing; 95831 muscle testing; and 97750 physical-performance evaluation. It should be noted that we did include these codes when calculating the fees and reimbursement averages for the other sections, not including the regional comparison chart.

Average fees for range-of-motion testing were $43, while average reimbursements were $17 — a reimbursement rate of 40%.

Average fees for physical-performance evaluation were $33, with an average reimbursement of $13, and a reimbursement rate of 39%.

ALLISON M. PAYNE is a freelance writer, editor and proofreader based in Central Florida. She can be reached at allisonmpaynewriter.com.

We limited survey participants to practicing chiropractors or their designated office managers or CAs to ensure accuracy.

Our survey results are provided for informational purposes only. They are not intended to be used as a recommendation for setting fee levels.

Last summer – a couple days past the ninth anniversary of his walk across Niagara Falls – “King of the High Wire” Nik Wallenda took to the Western New York sky once more. This time, it was to highlight a new medical resource for Buffalo residents. Wallenda walked a tightrope over the D’Youville College campus…. 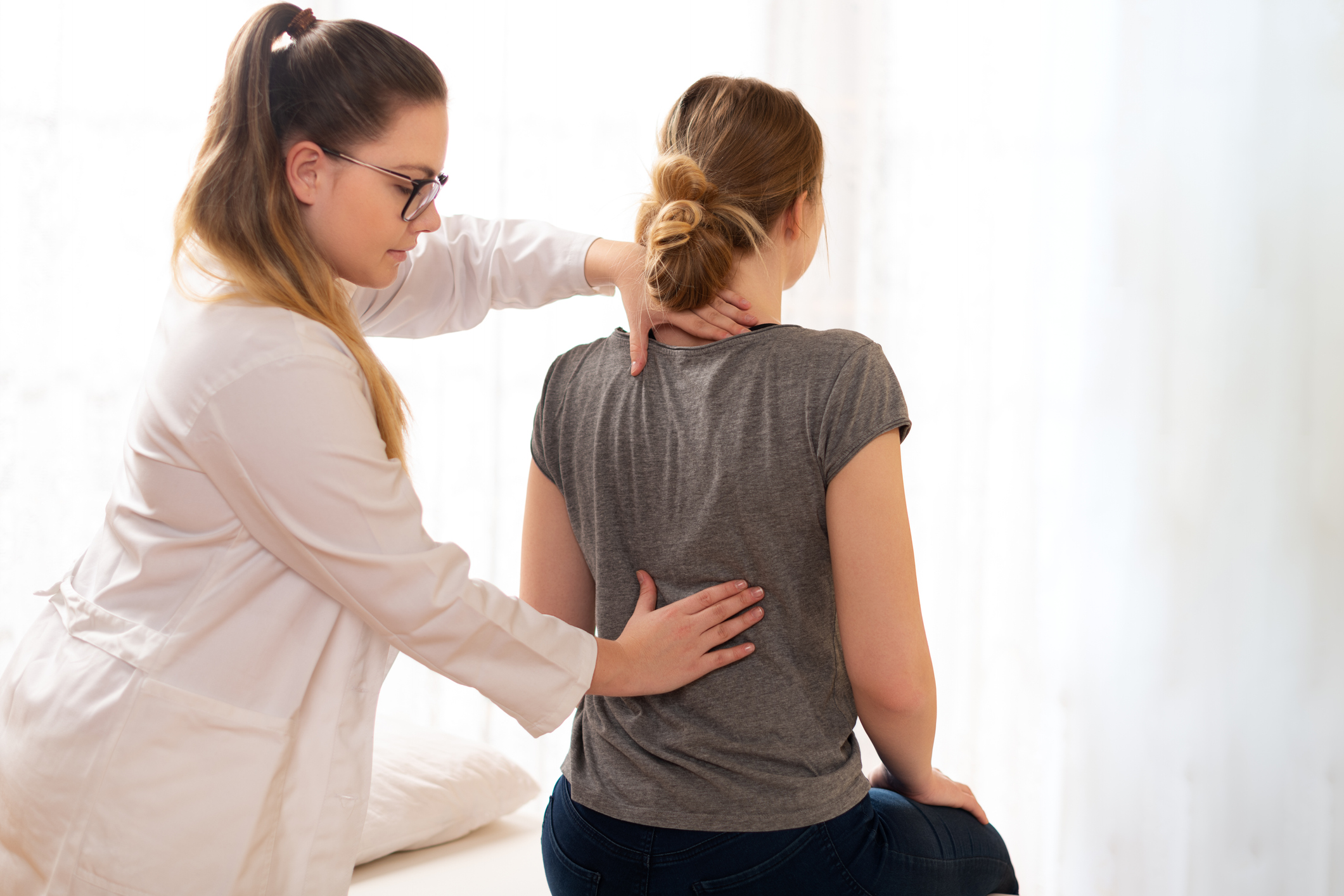 Cathie Wood has been in the spotlight ever since her firm’s flagship fund, the ARK Innovation ETF (NYSEMKT:ARKK), soared 149% in 2020. Companies she invests in, like streaming platform Roku, fintech pioneer Square, and communication service Zoom, benefited greatly from the pandemic’s impact on consumer behavior.  But there’s one unstoppable stock that has outperformed the ARK Innovation ETF by a wide margin… Written by Kevin Frisch The institutions are partnering on a program that will create much-needed healthcare managers. Keuka College’s newest educational partnership creates a pipeline to the growing and rewarding field of healthcare management. The College finalized an agreement this month that will smooth the path for Keuka College graduates to enter Clarkson University’s Healthcare…

Dover, May 04, 2022 (GLOBE NEWSWIRE) — Dover, Delaware – Matt G Tarrant is pleased to announce that My Nearby Chiro Tacoma, a new patient acquisition system for chiropractors, is set to be tested by just one out of the 155 chiropractic offices listed on Google Maps for Tacoma, WA. Only one chiropractic office in… 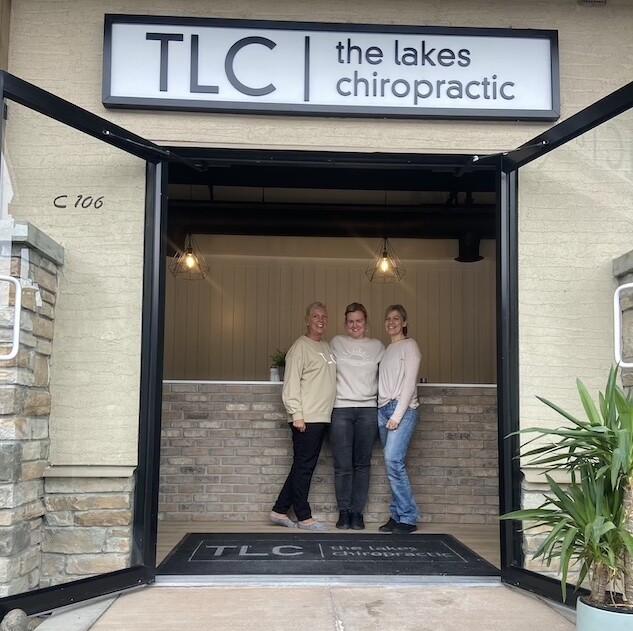