Movement therapies have innumerable benefits on their own. Here’s how they are helping in the fight against the opioid epidemic.

Opioid prescriptions skyrocketed in the 1990s, when the drug was first marketed as the “problem solver” to chronic and acute pain. Doctors bought into what manufacturers were selling. Overprescribing went off the rails. Patients suffered. The rise in prescription opioid-related overdose deaths really began in 1999, according to CDC data. A second wave of rapid increases in overdose deaths plagued the U.S. in 2010, this time with a rise in heroin abuse. Synthetic opioids, like fentanyl, took off in 2013.

The need for better pain management — without opioids whenever possible — remains a core issue for the National Comp conference, and a topic you’ll find on this year’s program agenda.

Lacroix and Williams shared some of his thoughts with Risk & Insurance in advance of the presentation.

The workers’ compensation industry is doing its part, trying to limit the number of opioid scripts written for injured workers.

“The number of the proportion of scripts issued per claim in workers’ comp is down about 10%,” said Dr. Michael Lacroix, licensed psychologist, medical director, The Hartford. He noted the pandemic has certainly impacted that number in recent years, but overall, regulators, doctors and prescribers are paying attention to the number of scripts written.

Workers’ comp is also tuning in to other pain treatment modalities as a means to curb the rate at which opioids are introduced into a claim. The biggest contender: movement.

The Magic of Movement: 3 Ways Movement Therapies Are Proving Their Worth Over Medication

When looking at an injury, Dr. Mark Williams, medical director, The Hartford, said there are a number of benefits movement can have on recovery. “When you have a musculoskeletal injury, a lot can be at stake,” he said. Musculoskeletal injuries impact three primary areas — the joints, the muscles that move them and then connective tissues like ligaments and tendons. And all three impact each other’s recovery.

“For example, if there is a muscle spasm, that will immobilize the joint and that tends to persist joint pain. The joint is restricted. When you apply motion, you start to restore normal motion to the joint,” Williams said.

Physical therapy, chiropractic manipulations, massage and acupuncture are just some of the therapies being utilized today. Each has properties to hone in on the injury and give the injured worker the tools needed to bring modality back while also strengthening the muscle and surrounding tissue.

The positive impact of movement doesn’t stop there; benefits of non-pharmaceutical interventions abound beyond the physical healing of the injury.

1) Incorporating a comprehensive plan of action using movement therapies instead of opioids can reduce mental health barriers for injured workers.

Mental health still faces stigmatization today, despite recent stressors, like the pandemic increasing anxiety and depression by as much as 25%, the WHO reported. More adults are feeling the pressures and health strains caused by mental illness, and injured workers are no different.

Take the pandemic out of the picture entirely, and an injured worker can still feel boughts of anxiety, depression and stress. They’re facing upheaval to their work life and home life due to injury. They’re likely facing financial strains if they are out of work. Plus, they’re entering the comp space usually for the first time, which can be confusing or overwhelming without having background knowledge of the industry.

At the core of it, they’re in pain.

It’s a lot of uncertainty to face, and mental illness can contribute to increased absenteeism and lost productivity, not to mention prolonging the claim. “Combined with substance abuse, mental health disorders cost employers between $80 billion and $100 billion in these indirect costs,” IRMI reported. Prescribing an opioid to manage pain may seem like a simple fix, but studies show undiagnosed mental illness can increase the risk of an opioid use disorder.

The good news: Employers are acknowledging the need to address mental health.

“More employers are open to acknowledging mental health in the workplace,” Lacroix said. “That’s a big thing, because when you are open to recognizing it, people are more open to admitting it.”

Movement is a big proponent of mental health. Movement itself has been linked to improved circulation, mental clarity and mood — all important pieces to injury recovery. By adding in movement to address pain, it takes opioids out of the equation and has the injured worker focusing on rehabilitation versus solely pain management.

2) Movement therapies may be a bigger cost upfront, but they help eliminate long-tail opioid-related costs that can mount. When it comes to movement therapies, the upfront cost may look unappealing. A single physical therapy session could equal anywhere from $30 to $400, as an example, whereas an opioid prescription costs as little as one trip to the doctor’s office for the script.

“Oftentimes, there’s an assumption that because drugs are cheaper, you can save money by just prescribing medication. But if you look at the long-term, these movement strategies actually bring in a very nice return on investment,” Lacroix said.

The cost to get a single person the help they need to combat an opioid addition can be upwards of thousands of dollars and can take years of treatment. For perspective, The National Institute on Drug Abuse broke down the costs per type of opioid treatment:

Williams pointed to a study conducted by WCRI in 2020, “The Timing of Physical Therapy for Low Back Pain: Does It Matter in Workers’ Compensation?” in which it  found that patients who received physical therapy later in injury recovery had 24% higher medical costs and 58% longer temporary disability duration.

A WCRI webinar released this year, “Patterns and Outcomes of Chiropractic Care,” found that indemnity payments were 35% lower for claims that received chiropractic care and temporary disability duration was 26% shorter.

“Both studies demonstrate that there are fewer medical interventions, including use of opioids, when physical medicine and movement are used in these claims,” Williams said.

3) Movement addresses the root cause of the pain instead of masking symptoms like most medications.

The reason opioids grew in popularity in the 1990s is because they worked as advertised: They eliminated pain for those who took them … so much so, that many began to rely solely on them to take away their pain. But studies have shown that continued use of opioids can actually increase pain.

“It is possible for opioids to lead to chronic pain because of chemical and structural changes in the nervous system, known as central sensitization, as a response to prolonged durations of use,” said Williams.

Movement works differently. It’s not there to mask the pain but instead give injured workers the tools and exercises needed to address their pain head on.

That’s because the right movements encourage an injured worker to gain strength right at the spot of injury.

Movement therapies like physical therapy, chiropractic manipulation or massage are just one alternative to opioids. But the list goes on when it comes to combatting the epidemic. As Williams said, the workers’ comp industry is just getting started.

“We’re early in the game, and it’s one of the reasons why we’re constantly trying to raise awareness of these non-pharmaceutical interventions and these non-opioid interventions,” he said.

While you’re eagerly your trip to Vegas for National Comp, here’s a resource to learn more about new and innovative types of physical therapies workers’ compensation is starting to tune in to. Also, hear from Dr. Riviere prior to the conference about some of the latest workers’ comp trends of note.

If this topic is of interest to you, don’t miss out on Curt DeWeese, director and physical therapist for Atlas Injury Prevention Solutions, and John Rhyne, corporate EHS director for Rehrig Pacific Company, as they discuss how one company utilized physical therapy to reduce MSDs by 86%.

“These are not new concepts,” Williams added, “but the appreciation for them is gaining through the validation of scientific research. We want to get providers aware of the services that are out there, have regulators and payers make these services available to the injured worker, and from there, I think we’ll start to see a great change.” &

Hear more from these physicians and other workers’ comp industry leaders at National Comp 2022 at Mandalay Bay in Las Vegas, Oct. 19-21.

Autumn Demberger is the content strategist at Risk & Insurance®. She can be reached at [email protected] 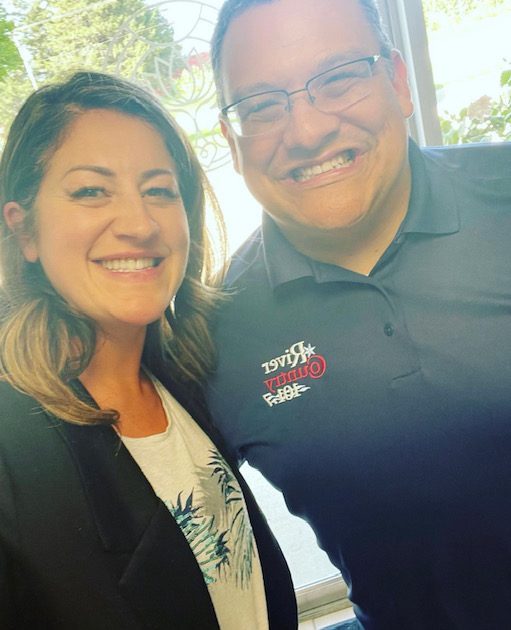 Rituals Chiropractic & Wellness in Sterling is having their 3rd Anniversary celebration coming up this Saturday, September 17th from 3-8pm. There will be live music with Bobbi White at 5pm, a bounce house and food from the Coqui Food Truck. Rituals is located at 18573 Pennington Road (Route 40) about 2 miles north of Sterling….

The resident is mentored by an accomplished core faculty who are national leaders in integrated chiropractic practice. These clinicians share their expertise in patient care, academics, and research to provide a robust educational experience.   Valerie Johnson, DC (Residency Program Director) is the residency director for VAGLAHS and a graduate from Southern California University of… 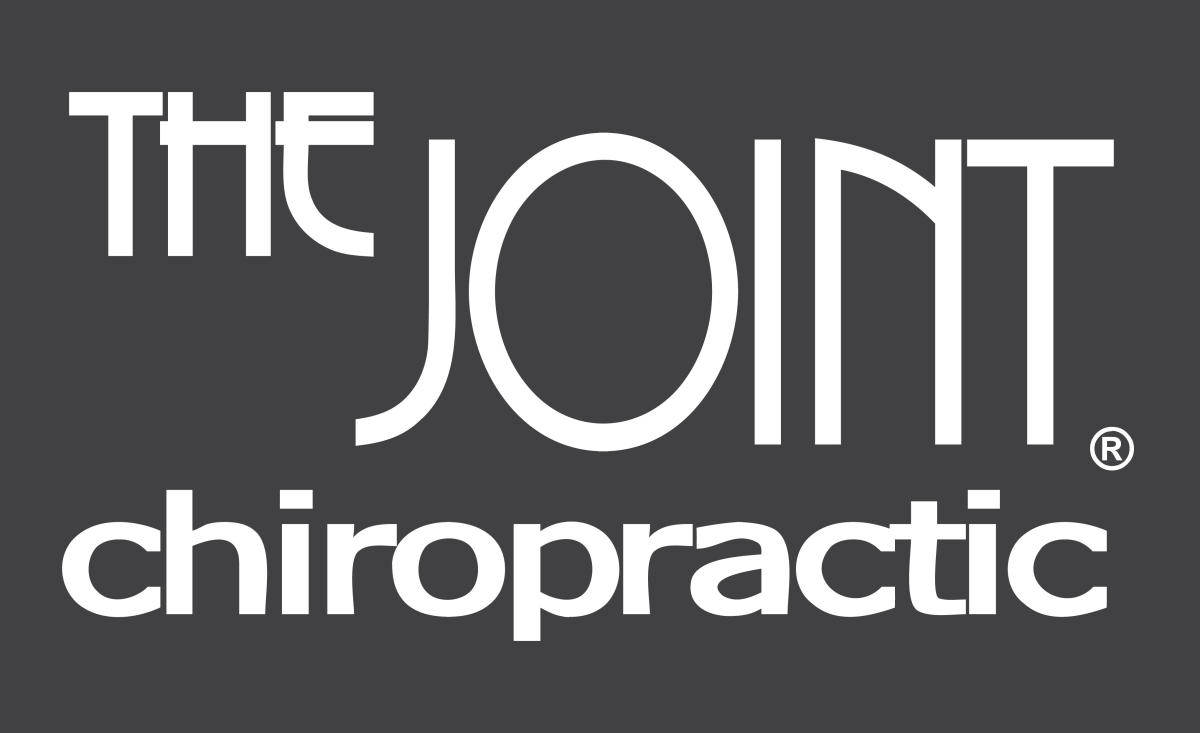 Another MarketQuest.biz research report checks out the Global Special and Extruded Graphite Market from 2022 to 2028. Development patterns from the earlier year, piece of the pie, industry examination, development factors, limitations, openings, and difficulties, just as essential market player profiling, are totally canvassed in the review. The Special and Extruded Graphite business incorporates market…