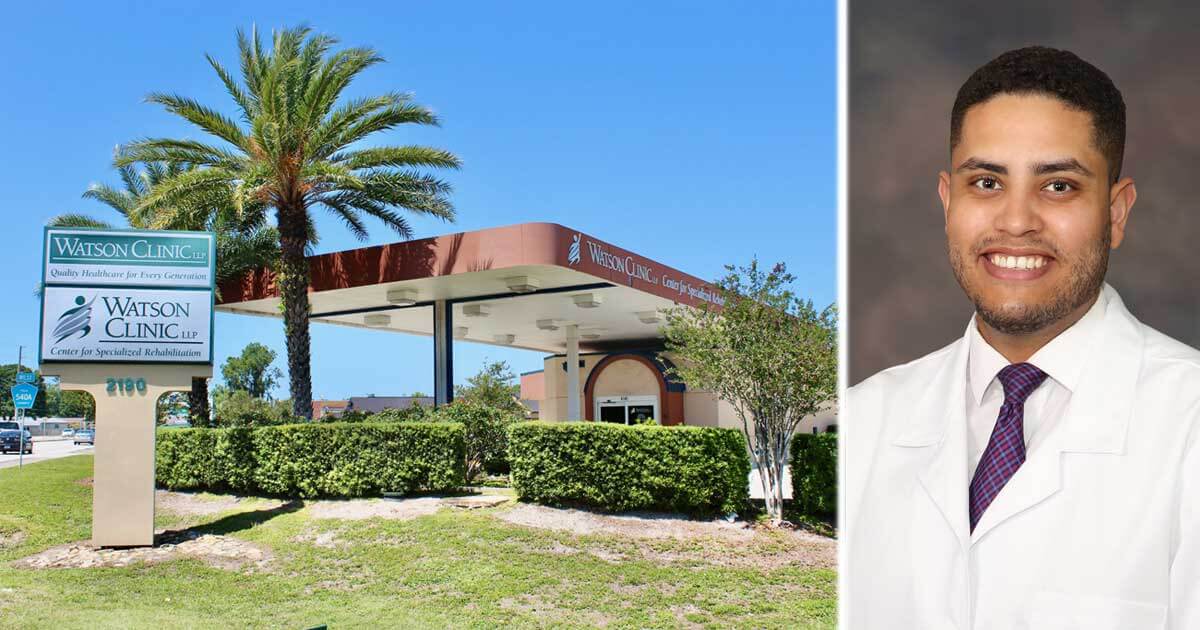 Watson Clinic is joining a growing number of medical practices that are adding chiropractic medicine to its list of services. Chiropractor Jalen Banks recently began seeing patients at the Watson Clinic Center for Specialized Rehabilitation on E. County Road 540A and Lakeland Highlands Road.

“Excited is an understatement,” Banks said. “I feel that with my multidisciplinary background that this position was made for me.”

His focus is treating sports and spinal injuries. Dry needling, acupuncture, and cupping are some of the therapies he uses to loosen trigger points and knots.

Watson Clinic began investigating adding chiropractic services after learning of other large medical practices doing so, according to Jack Ryals, the clinic’s coordinator of physical therapy and sports medicine, the department where Banks is housed.

“We desire to have a comprehensive approach to managing spinal pain and believe we can offer an additional treatment option with chiropractic medicine,” he said.

Banks is originally from Egg Harbor Township, N.J., which is just outside of Atlantic City.

“I moved to Lakeland to be closer to family. My fiancé, Karla Thiele, grew up in Lakeland. We’re getting married this June in Lakeland and wanted to set our roots with a great support system surrounding us,” Banks explained.

Banks received a bachelor of science degree in exercise from Montclair State University and a doctorate in chiropractic medicine from Keiser University in West Palm Beach in May 2020. After that, he worked at the Chiropractic Sports Rehabilitation Institute in Boynton Beach. His practice incorporates dry neddling and cupping.

Dry needling is a process that involves a thin needle being pushed through the skin at trigger points or knots in the muscle. The goal is for the needles to stimulate the muscle’s tissue in order to trigger the brain to change the way it interacts with the muscles, encouraging it to return to a normal movement pattern, according to the Cleveland Clinic.

Cupping is an ancient healing therapy where cups are placed on the body and create a suction force to pull the skin upward in an effort to ease pain, according to the Cleveland Clinic.

While not as common in Polk County, chiropractors joining medical practices is becoming much more commonplace than it has been in the past, according to Dr. William Lauretti, a chiropractor of 31 years and spokesperson for the American Chiropractic Association.

Lauretti said he sees the shift in some chiropractors choosing to work for traditional medical facilities instead of opening their own private practices as a “very positive change.”

“It offers a wider variety of practice opportunities for chiropractors beyond the traditional solo practice. It also offers more people the option of choosing chiropractic treatment for their conditions who previously did not have that option, such as veterans with VA benefits and members of the active military,” Lauretti explained.

“Many members of the public are simply unfamiliar with our skills and … might not consider going to a chiropractor. If those patients saw a chiropractor as part of a multidisciplinary team and were referred for chiropractic care from another healthcare professional who earned their trust, they might be more willing to give the treatment a try.”

Dr. David Choate, a chiropractor in Lakeland for 31 years, said in the past few years, primary care physicians have been referring quite a few patients to him.

“We do see now much more openness from the medical profession to send people to the chiropractor than 20 years ago. It was very uncommon,” he said.

Choate said he pitched to Watson Clinic leadership about three years ago about hiring a chiropractor but was told there was a lack of interest at the time.

Ryals said the clinic was inspired by the Cleveland Clinic’s success of integrating chiropractic care into their services and decided to give the concept a chance.

“We believe we can attract the type of chiropractic care that will buy into a multi-disciplinary approach alongside traditional medicine,” Ryals said, adding the clinic believes the demand is high for trustworthy chiropractic care.

Ryals said he hopes the clinic considers adding a chiropractor to its facilities on the north side of Lakeland in the future.

In a new research study, MarketQuest.biz examines the Global Chiropractic Care Market growth rate from 2021 to 2027. The research looks at previous year’s growth patterns, market share, industry analysis, growth factors, limits, opportunities, challenges, and the profiles of leading market players. Aside from that, the study provides helpful information on product offerings as well… Hires, promotions, appointments Doughty R.M. Davis’ Chief Investment Officer John Doughty has been selected to join the Boston Economic Club. The organization, started in 1932, promotes discussion about economics, finance and public policy. Doughty is the only member of the club to live and work in Maine. Dr. Aaron Vela will be joining Jacobs Chiropractic… Beaverton, Oregon – True Potential Chiropractic, a clinic in Beaverton, OR, wants to emphasize how a corrective care chiropractor in Beaverton can help people address the underlying alignment and structural problems that often lead to pain and injury. Corrective chiropractic care goes beyond the usual pain relief that is provided by a chiropractor through adjustments…. 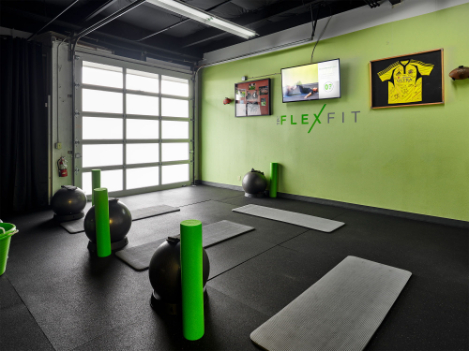 Beaverton, Oregon – True Potential Chiropractic, a clinic in Beaverton, OR, that offers the services of a chiropractor Beaverton residents and depend on corrective care and assisted stretching services in Beaverton and neighboring areas, is proud to announce that they have received another five star review. Assisted one-on-one stretching is focused on particular muscles and…