In the 1996 essay Tierra del Fuego – New York, French cultural theorist Jean Baudrillard juxtaposes Ushuaïa with Manhattan. “After the ends of the earth, the centre of the earth,” he writes. “But each gives the impression of being on another planet.” The UK’s forgotten towns have an analogous relationship with its celebrated, over-touristed ones. They copy big-city retail concepts but fall short. They emulate tourist honeypots but can’t deliver the goods. Many lesser-loved places are botched simulacra of London, while also existing in opposition to it – for the capital’s prosperity is rooted in their broken dreams, dashed hopes, spent retail and extinct services. Scotland is the Tierra del Fuego of the UK and has many Ushuaïas. Ayr, Stranraer, Thurso and Montrose all qualify as “ends of the earth”. But Cumbernauld, more even than these, has found itself the butt of nasty jokes, snidey mock-prizes, and general putdowns for half a century.

As a new town, it never garnered the ironic appeal of Milton Keynes, and yet its megastructure has a brash muscularity that knocks out the competition.

Conceived in the 1950s, it fairly claims to have the UK’s first shopping precinct and “the world’s first multi-level covered town centre”, but this is earmarked for demolition. Called the Alien’s Head by some, it divides the town even more than the motorway, the M80, which pierces its heart, and was built “between 1972 and 2011”. Tourist boards would have us stroll around bosky Palacerigg country park or the museum, which, in turn, points visitors out to the Antonine Wall – the turf fortification built by the Romans between the Firth of Forth and Firth of Clyde. But there is no need to take the bait.

Its megastructure has a brash muscularity that knocks out the competition

If you want to wrap yourself in the central belt – at once Scotland’s most populous and, for outsiders, the most forgotten, most passed-through, most cliche-free region of Burns’ “haggis” land – take a wander around the cold concrete and cracked pavements of Cumbernauld.

Lincolnshire is best defined by lacks and absences. It has none of the barge-punting prettiness of East Anglia. It’s too far east to be in the East Midlands, too far south to be in the north. It is ostentatiously flat, Lincoln Cathedral’s grandeur in large part due to the surrounding planitude. Grantham, too, is beguiling. On the Great North Road and East Coast mainline it is nonetheless eminently ignorable, belonging to that swathe of satisfactory and serviceable English towns (Aldershot, Colne, Kenilworth, Wokingham etc) travel and leisure industries have shunned. But in the never-ending post-Thatcher era, all Britons should pay a ruminative visit to Grantham much as Chinese “red tourists” hit the Mao trail. For here lies a museum displaying the epoch-defining PM’s lumpy bed, school hockey stick and copy of the score of Handel’s Messiah, the Victorian Guildhall where her dad was mayor in the 1940s, and her birthplace at the corner of Broad Street and North Parade. It was, famously, her dad Alf Roberts’ grocer’s shop, but later became a restaurant (the menu included Chicken Supreme Margaret) and is now “a chiropractic clinic and holistic retreat” where you can have hot needles stuck in you while lying exactly where young Maggie dreamed of monetarism, redundancy notices and hot dates with Adam Smith.

Take a purposeful walk around the town’s airy centre, with its solid buildings and Isaac Newton statue, and you sense Thatcher probably imagined Grantham a model to replicate across the nation. Does the town love its most famous daughter? The plaque on the wall of the former grocer’s is very small indeed. A 10ft plinth on St Peter’s Hill awaits a statue of the Iron Lady commissioned three years ago. In February 2021, local sculptor Mark Robla gifted the town a plaster Maggie head on a spike made from office chairs, irrupting from a handbag. The official effigy is scheduled to be unveiled later this year. Stanley in the Falklands has had a bust of its saviour on show since 2015.

Hard to locate in Greater Manchester’s mega-sprawl and, once found, still lost in time, Leigh exudes the particular sadness of once-proud pit towns. In 1828, the first passenger railway in Lancashire (take note, Liverpool, Manchester) was laid between Bolton and Leigh; the town hasn’t had any trains since Beeching axed the last track in 1969. Leigh was annexed politically by Wigan in the 1974 boundary debacle. The once-mighty textile industry frayed decades ago (glorious Spinners Mill is on Historic England’s Heritage at Risk register). Even rugby league is no source of comfort: Leigh Centurions have never managed to extend their sojourns in the Super League beyond a season. At first glance, pedestrianised Bradshawgate looks like your usual post-Amazon high street, all downmarket/empty shops in crumby postwar husks, but look up and you’ll see vestiges of late Victorian and Edwardian Leigh realised by local architectural hero James Caldwell Prestwich (1852-1940).

The baroque town hall is a masterpiece

The grand, mainly redbrick edifices are in need of conservation, but Prestwich’s Leigh Friendly Co-operative building is bold and confident, while his baroque town hall, with ornamental cupola and stained-glass windows representing the town’s industries, is a masterpiece. Inside the entrance is a museum where you learn Leigh folk are known as “lobby gobblers”, in reference to a stew made by lobbing anything available into a pot, and to distinguish them from the “pie eaters” of Wigan; that native heroes include Ian McKellen and Georgie Fame; and that Tom Burke, a miner born in 1890, went on to have an improbable career as an opera singer, met Puccini, performed alongside Nellie Melba at Covent Garden, and was nicknamed the “Lancashire Caruso”.

Opposite the town hall is the brutalist Turnpike Centre, AKA Leigh Library, built in 1971 by the architectural firm of JC Prestwich & Sons, no less. The large, geometric relief, cast in concrete, is by William Mitchell, who provided abstract adornments for Liverpool Metropolitan Cathedral and Birmingham’s Quayside Tower. Leigh has a branch of the Leeds-Liverpool Canal and a link to the Bridgewater Canal. Follow the latter’s towpath to the Lancashire Mining Museum at Astley Green, resting place of the last remaining winding machinery and headgear from the Lancashire Coalfield. Another, much-loved mining legacy is Pennington Flash, a small lagoon formed by subsidence; bream, perch, roach, rudd, tench, pike and a few big carp haunt its seedy depths. Non-anglers can stretch their legs in the surrounding country park.

A Welsh hotelier once told me the key to selling upmarket accommodation was nailing the “Gee-you” market. I had no idea what he was talking about till he explained that he was referring to the GU postcode. “More than half of our clients are from Guildford or near to it,” he said. “They have the money and they are close to the motorway.” Flip the socio-economics and descend on a town slated by many as a dull-as-death dormitory. Guildford has the kinds of things you’d expect – castle, museum, high street, SUVs. But more surprising is Hinemihi, a wooden Māori meeting house shipped here from New Zealand’s North Island in 1892, and the remains of one of the oldest synagogues in western Europe – built in 1180, and buried under the floor of Waterstones. The neo-gothic cathedral, gloomily austere, featured in the 1976 film The Omen.

They have the money and they are close to the motorway

Guildford is superbly well connected, with three major lines converging here, express services to London (32 minutes, stopping once at Woking), buses to Heathrow and a train to Gatwick. Before the pandemic, there was a direct train to Newcastle. The 153-mile North Downs Way, which has its eastern extreme at nearby Farnham, passes through Guildford on the old Pilgrim’s Way. As GU-ers would expect, the slopes of the Surrey Hills AONB are always balmy and many are clad in chardonnay vines.

For millions of Lancastrians, Cestrians, Mancunians and suburban scousers, Runcorn is a symbol of sunshine, freedom and hope. Since its erection in 1961, Runcorn Bridge (later officially renamed Silver Jubilee Bridge) was the only way to cross the River Mersey and Manchester Ship Canal to enter north Wales. From here, the onward journey to Colwyn Bay, Rhyl and Llandudno was a hazy, happy, heady blur, with even the jams on the old A55 part of the fun. The parallel railway bridge, a drab, span-less affair, delivers a comparable hit to the car-less. Since 2017, the sweeping Mersey Gateway has given the estuarine location its own Golden Gate. Cynics might argue that all this talk of transit is what Runcorn deserves, but it’s time beach-bound travellers pulled over to take a look around Runcorn. For there, in the shadow of the bridge, sit the remnants of the old new town, envisioned by Arthur Ling in 1964, with state-of-the-art neighbourhoods like Castlefields, lauded at the time as “the future of sustainable living”, and modernist Southgate Estate, with its porthole windows, designed by James Stirling.

The Runcorn Gap is an ever-changing Turner masterpiece

Demolition has razed much of the utopian dream, but the memory lingers in the maze of cul-de-sacs and bargain-basement Bauhaus-esque terraces. The 12-mile dedicated Busway, with its “stations” and raised section at Shopping City (designed by Fred Roche, of Milton Keynes’ fame), can be toured on bus numbers 1 and 2. Runcorn’s burgermeisters have opted thus far to list only ancient sites like Norton Priory (Grade 1) – famous for its St Christopher statue – and 18th-century Bridgewater House (the duke’s pad while the canal linking Runcorn, Manchester and Leigh was under construction). While these are venerable landmarks, the last remnants of the new town also deserve some kind of protection. Footpaths along the canals and Weaver Navigation provide escape routes out of Runcorn, but urban geographers will prefer to cross the bridge, looking out over the bird-beloved swirl of sandbanks and rivulets, weather and waves, that make the Runcorn Gap an ever-changing Turner masterpiece, before plunging into Widnes, the chemical capital of Lancashire. KAMAS, Utah — Gateway Chiropractic and Dr. Jake Shores have announced the opening of their first clinic in Kamas. As the founder and Chief Medical Officer of Neuro Performance Integration (NPI) in Park City, Dr. Shores is now focused on providing affordable, community-oriented chiropractic practice for Kamas and the nearby towns. On June 10, Gateway… 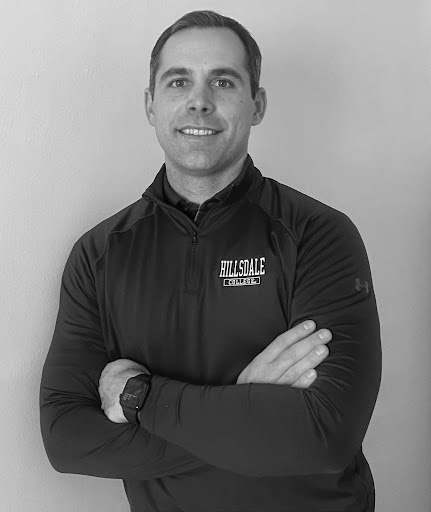 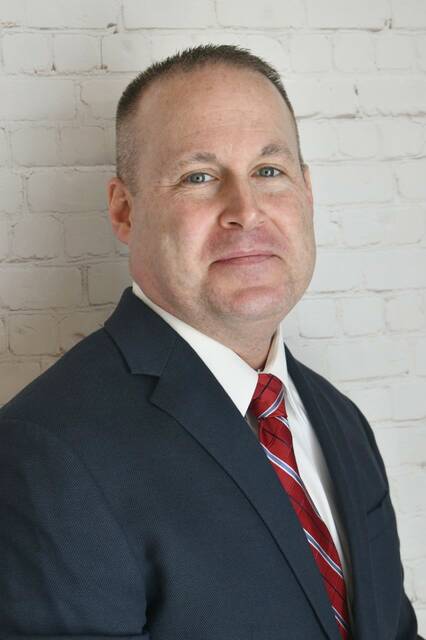 Hutchens The most crowded race facing city voters this spring is in the North Ward, where four candidates are seeking to fill the seat now held by mayoral candidate Jon Cawley. After the May 17 primary, the first- and second-place winners will then go head to head in the non-partisan municipal election next November. Each…

By Melanie Radzicki McManus, CNN CNN — One benefit of the Covid-19 pandemic is that people are focusing more on their health and wellness. And a growing part of this focus involves assisted stretching, an industry that is developing rapidly. Take StretchLab, an assisted stretching company headquartered in Irvine, California. The business had 72 locations… 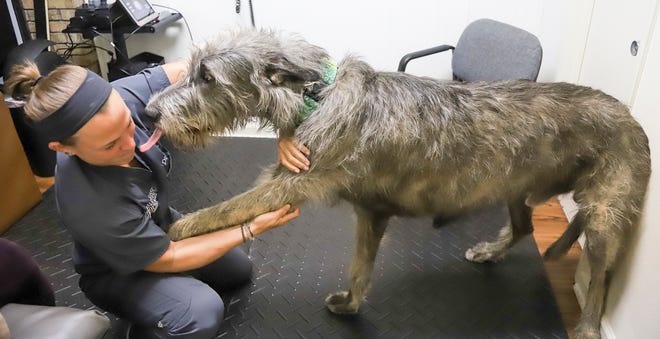 Does Fido limp, or not jump around like usual, or maybe he’s just not his usual self? He may need an Animal Cracker, and not the wafer-type cracker that comes in a little circus box.  Jess Whidden, known as the Animal Cracker, does chiropractic work on four-legged animals at Emerald Coast Chiropractic in Destin.  Whidden has…

By Jennifer Atkins Brown The economies of Eden and Reidsville, as well as Rockingham County as a whole, are growing tremendously, especially in the areas of tourism, manufacturing and small businesses. Even as the county has navigated the twists and turns brought about by COVID-19, the county has remained resilient as new industrial projects have…